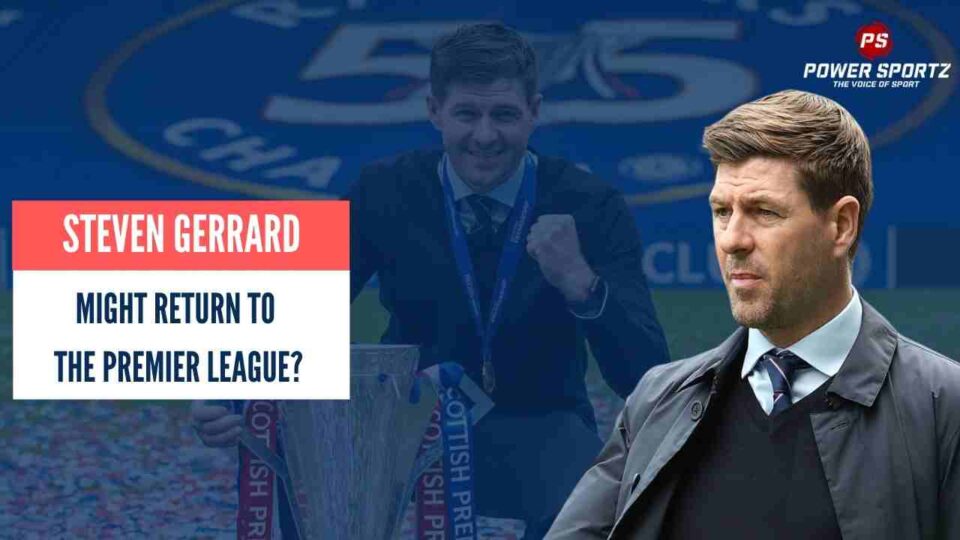 Steven Gerrard was one of the best midfielders that the Premier League has ever produced; The Englishman played in 710 games for Liverpool where he was able to score 186 goals and provide 150 assists. His great performances with Liverpool gave I’m the opportunity to play for his country on 114 occasions; where he managed to score 21 goals. He left Liverpool in 2017 and joined LA Galaxy in the USA to prolong his playing career; Gerrard played in 39 games for his side before retiring as a player.

After he retired as a player, the 41-year-old started his journey as a manager; Steven Gerrard managed Liverpool under 18 team and their youth set up for 32 games. Thereafter, he was appointed by Rangers to be their manager. He has managed Rangers in 193 games in wherein he has a win percentage of 64.77%; In the 2020-2021 season, he was phenomenal and helped his team secure the Scottish Premiership without losing a single match. Continuing from their splendid form from last season, Rangers are coming first in the league after playing 13 games.

Steven Gerrard is linked with a move to Aston Villa

Aston Villa has sacked Dean Smith from his post as their manager; this is because they have been extremely poor this season. After playing 11 games the ‘Lions’ are coming 16th in the league after being able to only record 3 wins and one draw. The English giants need a manager who can change their form and help their club climb up the table.

Rumours have suggested that they have identified Gerrard as one of the candidates to take over; along with Roberto Martinez and Lampard to take the job. However, as of now, no official offer has been made. Aston Villa plays their next league game against Brighton on the 20th of November at 8:30 pm IST.

Do you think Steven Gerrard should leave Rangers and join Aston Villa?