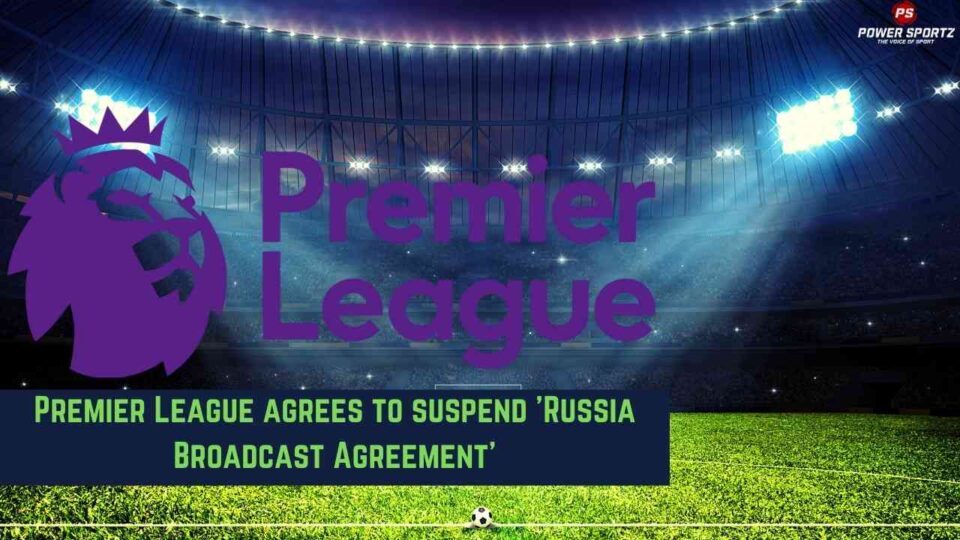 The Premier League and its clubs have unanimously agreed to suspend their agreement with their Russia broadcast partner and to donate £1 million to support the people of Ukraine.

As a result of which, After the governing body cancelled its agreement with broadcast partner Rambler, no Premier League games would be carried on Russian television.

Further, In Russia, the EFL has disabled access to its iFollow and other club streaming services, while the Football Association is in talks with the business that owns the FA Cup rights in the country.

A statement released by the Premier League stated

“The Premier League and its clubs today unanimously agreed to suspend our agreement with Russian broadcast partner Rambler (Okko Sport) with immediate effect and to donate £1 million to support the people of Ukraine.”

“The League strongly condemns Russia’s invasion of Ukraine. We call for peace and our thoughts are with all those impacted.”

“The £1 million donation will be made to the Disasters Emergency Committee (DEC) to deliver humanitarian aid directly to those in need.”

The move comes following a weekend of league-wide support for Ukraine, in which club captains wore special armbands, messages of support were broadcast on big screens, and each of the ten games featured a moment of reflection before kick-off.

“This message of solidarity was visible to fans around the world across Premier League digital channels and via match broadcasts.”

“This is in addition to the numerous ways in which clubs continue to display their support.”

Moreover, IMG has the rights to the FA Cup in Russia, and according to the PA news agency, the Football Association is in constant contact with them about the situation.

After the governing body cut off access to iFollow and other streaming providers, EFL matches and club content will no longer be available in Russia.

In a statement released, EFL stated

“Access to the EFL’s iFollow service and other club streaming services have also been withdrawn in the territory.”