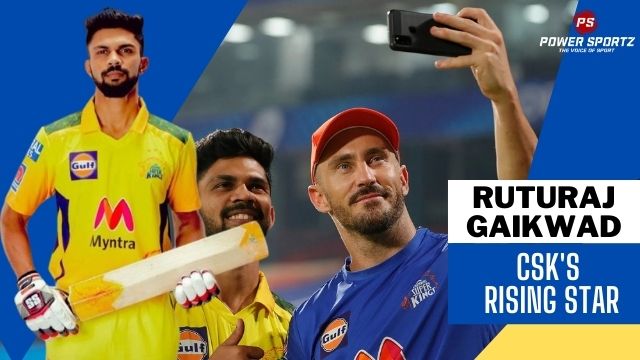 Is Ruturaj Gaikawad the next Suresh Raina?

He has represented India A, India B, India Blue, Maharashtra; along with the IPL franchise Chennai Super Kings; Additionally, he has played in India Under 23 in the Indian domestic cricket setup. In 2018–19 Gaikwad was picked to play in India B’s team for Deodhar Trophy. Later, he was selected to be a part of India’s team for the 2018 ACC Emerging Teams Asia Cup; in December 2018. The budding batsman struck 187 not out for India A against Sri Lanka A in June 2019. He was picked to the India Blue team’s roster for 2019–20 to play in the Duleep Trophy in August 2019. Lastly, Gaikwad was picked to India B’s team for the 2019–20 Deodhar Trophy in October 2019.

Gaikwad had an exceptional IPL season; Where he was able to win the Orange Cap as he recorded 635 runs for his side and helped them secure the title; This has helped boost his career; Because this tournament help him showcase his skills against the best bowlers of the world. The batsman has been included in India’s squad to face New Zealand in the upcoming series. However, he might find it hard to be included in the first 11; this is because there are many other world-class batsmen who have been selected with him.

Do you think he will be able to establish himself as a regular starter for India?

Australia are the champions of the ICC T20 world cup!