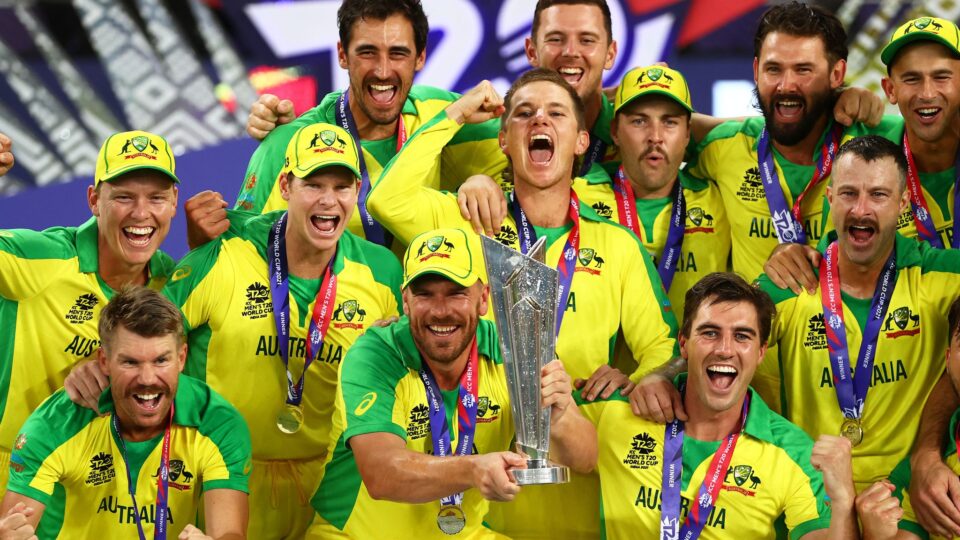 Australia has won their first ICC T20 world cup; previously the closest they came to winning the cup was in 2010. Wherein, they lost to England in Bridgetown, West Indies; by a margin of 7 wickets. In this edition of the ICC T20 world cup, they played against their rivals New Zealand in the finals of the cup.

Finch won the toss and elected to bowl first; New Zealand managed to score 172 runs for the loss of four wickets. New Zealand’s captain Kane Williamson had a dazzling inning where he scored 85 runs in 48 deliveries; However, his teammates were poor were with the bat and weren’t able to add significant amount of runs. The second-highest run-getter for the side was Martin Guptill who added 28 runs. The Australian bowling duo of Josh Hazlewood and Adam Zampa took wickets for their side; Hazlewood took 3 wickets for 16 runs; Adam Zampa bagged one wicket for 26 runs.

Australia chased the target down in the second innings!

Williamson’s side had a great start to the match; they managed to take Finch’s wicket in the second over in the match, putting the score at 15 runs for the loss of one wicket. Despite, this early breakthrough they weren’t able to take to establish themselves in the match. David Warner scored 53 runs along with Mitchell Marsh who scored 77 runs; this formidable partnership put their side in a great position to win the match. Later in the innings, after Warner lost his wicket; Glenn Maxwell stepped up for his team and added 28 runs for his side. These runs helped Australia win the match in 18.5 overs with a margin of 8 wickets.

New Zealand continues their trophy drought in the ICC T20 world cup; They will play against India in a T20 series starting on the 17th of November at 7 pm IST.