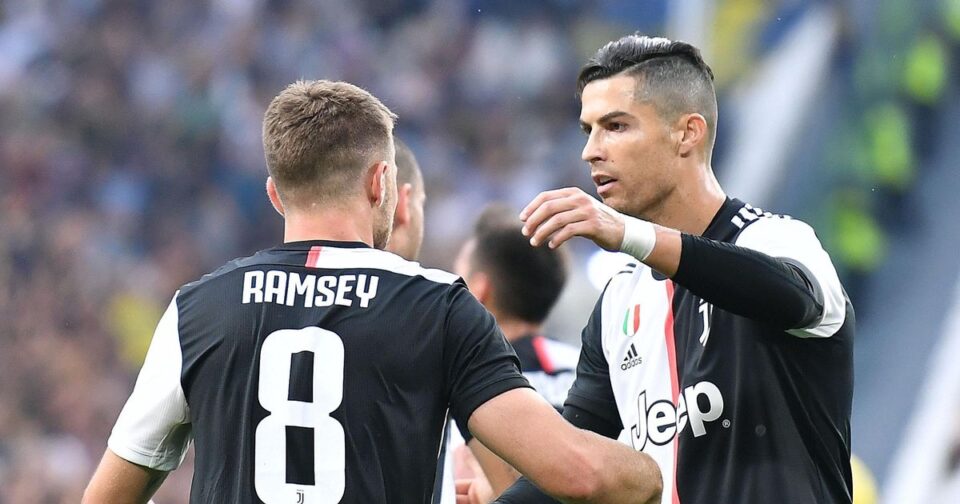 Cristiano Ronaldo and Aaron Ramsey sent Juventus to fourth spot in Serie A as they drub 10-man Sassuolo 3-1 on Sunday.

Both scored crucial goals to take the champions to a higher standing in the league.

After their triumph at leaders AC Milan in midweek, Juventus fought hard to create many opportunities in the first half, but their effort was aided after Pedro Obiang was sent off for an ominous tackle on Federico Chiesa just before half-time.

Juventus took great advantage of the depleted team of Sassuolo as Danilo was left in plenty of space to fire home a fierce opener in the 50th minute. However, the lead did not last very long as just eight minutes later Gregoire Defrel levelled the score to leave the hosts stunned.

At the 82nd minute, Ramsey scored his first goal of the season to put Juventus ahead in the score. He mostly remained in and out of the side in this season.

After that Ronaldo, who is the top scorer in Serie A scored his 15th goal as he netted a brilliant one in stoppage-time to seal the victory.

The win catapulted Juve to the 4th place and thereby closed the gap with leaders Milan to seven points, having played one game less. On the other hand Sassuolo occupy the seventh place.

“Victories are built with everyone’s work and sacrifice, we have already made mistakes too many times,” Juventus coach Andrea Pirlo said.

“After Milan’s win over Torino [on Saturday] we understood that we need maximum concentration and the desire to bring home the victories. We had to continue after the win at the San Siro. It was important to maintain our form.”

In short the turning point and the key moment was when Ramsey replaced the injured Weston McKennie in the first half and after that he got the all-important second, arriving on cue to meet a Gianluca Frabotta cross. It was then Ronaldo who drilled home to make sure of a third successive win for Juventus.