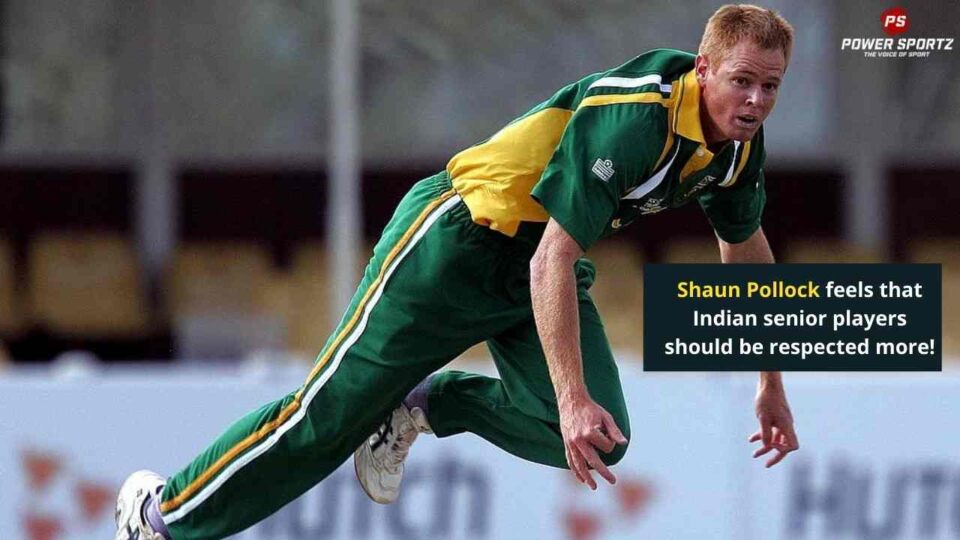 Shaun Pollock is one of the most respected individual in the world of cricket; recently the ex-South African captain has recently expressed his dissatisfaction with Indian cricket. He did so in a recent press release; wherein he expressed that he feels Indian senior players are not respected enough; as he urges the bored to be more transparent with the players. He quoted “I think the communication needs to be good. The guy needs to be respected for what he has done;” while talking about Ishant Sharma being omitted from the starting 11.

He later added that “You need to be honest with him and you need to give him the exact reason. If the reason was ‘we think you would be better suited if there were no left-handers,’ he just has to accept that.” He further felt it is will be hard for an experienced player such as Ishant to go through this; as he further added that “It’s not easy, when you have played that much amount of cricket and have given some really good service. The conditions are good in South Africa and he must be dying for an opportunity, particularly after those two pitches. He must be thinking, ‘Gosh if I could just have a game here, I’m sure I could make an impact’.”; “I hope the communication with him has been good because he deserves that and then he has to assess where he is at.”

Shaun Pollock statements have drawn a lot of attention to the BCCI!

Despite the fact the BCCI received a lot of backlash from Pollock’s statements; the organization isn’t expected to pass any statements to justify their decisions. Following the ongoing test series; India will face South Africa in a 3 game test series which will commence on the 19th of January and extend until the 23rd of January!

Who do you think will win the ODI series?