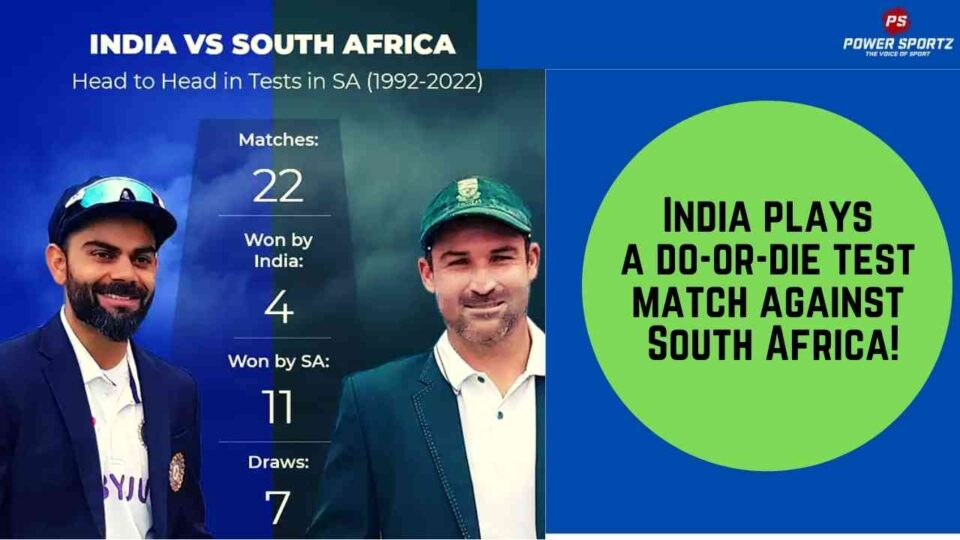 India has recorded their first loss under Rahul Dravid; this loss came against South Africa in their last test match. In this test, India’s batting let them down as they recorded a loss by a margin of 7 wickets; this loss has highlighted that the side still needs many changes are needed to find the right balance in the side. The men in Blue had won the first match of the three-match test series; which has resulted in the score of the series to become 1-1.

Later the final test match of this series will be played on the 11th of January; and could extend up to the 15th of January. This match will be played in the Newlands Cricket Ground at 2 pm IST; After the shocking victory in the last game, South Africa will be expected to approach this match as the favourites to win this game. They are expected to field the same starting 11 for this match.

The predicted lineup of South Africa will include the lights off; Dean Elgar, Aiden Markram, Keegan Petersen, Rassie van dear Dussen; Temba Bavuma, Kyle Verreynne, Marco Jansen, Kagiso Rabada, Keshav Maharaj; Duanne Olivier, and Lungi Ngidi. Further, it is expected that the side will make a move to bowl first like the last game to secure the victory!

India is expected to line up with this team!

Even though India’s side is full of superstars the team is expected to make changes in the upcoming test match. Dravid’s lineup is expected to the lineup with; KL Rahul, Mayank Agarwal, Chesteshwar Pujara; Virat Kohli, Ajinkya Rahane, Rishab Pant, Ashwin, Shardul Thakur, Mohammed Shami, Jasprit Bumrah, and Siraj. However, this lineup could see changes if Dravid chooses to give the youngsters a chance to play in the last test game?

Do you think India will be able to secure the three-match test series by winning the last test match?

Manchester United maestro is a month away from recovering!