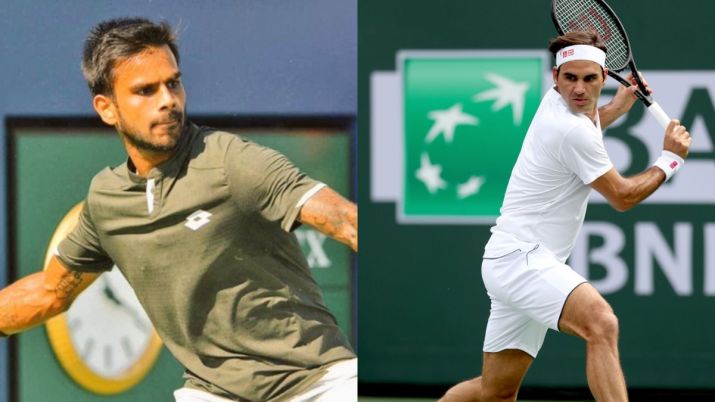 Its is a dream clash for any youngster who harbors to make it big in the world of tennis, facing a legend like Roger Federer in a Grand Slam. India’s Sumit Nagal is just going to realize that dream when he plays Roger in the first round at the US Open on Monday. Nagal, 22, also becomes the youngest Indian to play in the US Open.

Sumit Nagal set up the big tie with Roger Federer by beating Joao Menezes of Brazil 5-7, 6-4, 6-3 in the qualifiers. Nagal also won the Wimbledon boy’s doubles title in 2015 along with partner Nam Hoang Ly of Vietnam.

Nagal becomes the fifth Indian to play in a Grand Slam tournament in the last 10 years after Somdev Devvarman, Yuki Bhambri, Saketh Myneni and Prajnesh Gunneswaran.

Apart from Sumit Nagal, Prajnesh is also playing in this year’s US Open. He is set to lock horns with Daniil Medvedev, who won the Cincinnati Masters beating Novak Djokovic. It is for the first time two Indians are in the fray in a Grand Slam main draw since 1998 when Leander Paes and Mahesh Bhupati competed in the Wimbledon.