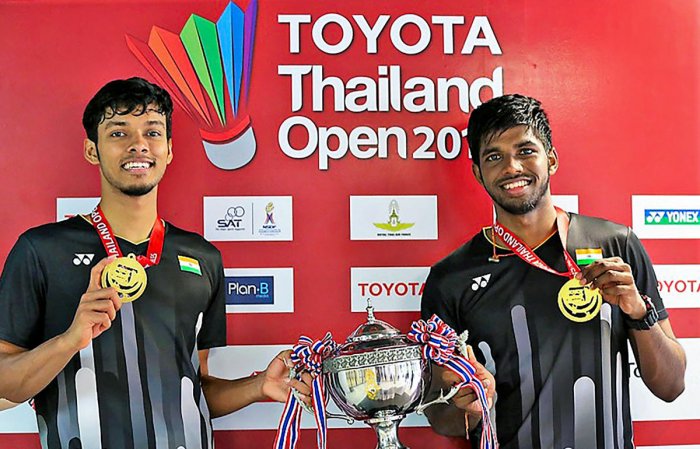 With barely two weeks to the World Championships, India’s shuttlers duo Satwiksairaj Rankireddy and Chirag Shetty have won the doubles BWF Super-500 Thailand Open tournament. It is a stupendous success for the young pair as they have become the first men’s doubles partners in India to win a BWF Super 500 tourney. They’d beaten third-seeded Chinese team of Li Jun and Liu Yu Chen 21-19, 18-21, 21-18.

All other Indian shuttlers failed to make any headway in the tournament. While Sindhu opted out to prepare for the upcoming World Championships, Saina Nehwal made a comeback in Thailand Open from her injury. The fantastic victory of Reddy-Shetty has catapulted them to the World Top 10, making them the first Indian pair to reach that far in world rankings. Satwik is from Andhra Pradesh and Chirag hails from Maharashtra.