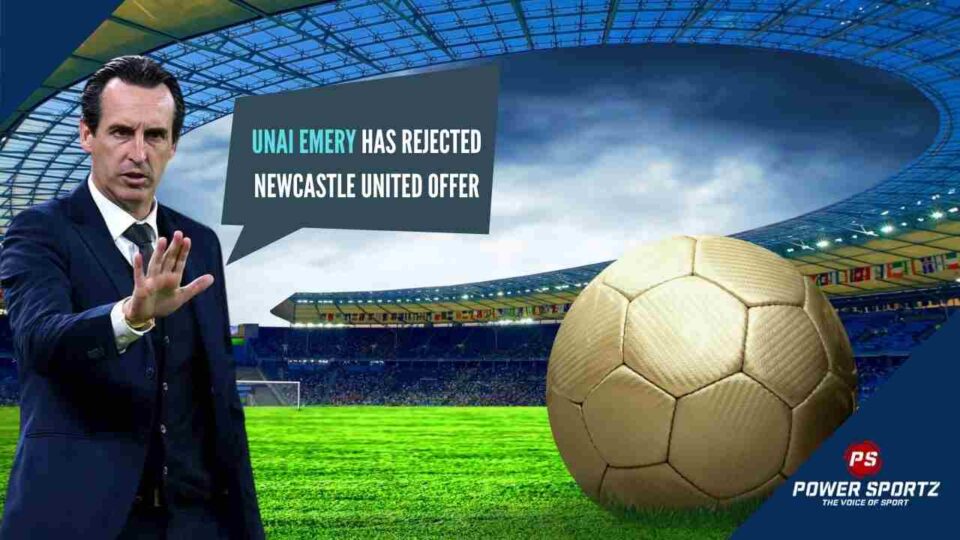 Unai Emery is rumoured with moves to become the manager of many clubs; Currently, he manages Villarreal in the La Liga; Unai joined Villarreal in July of 2020; after being in charge of Arsenal after 18 months. Even though the 49-year-old manager helped his side win the Europa League last season; his side is struggling this season. The club is coming 13th in the league as they have only been able to win two matches this season. Despite, the poor form in the league they are coming second in their Champions League group. Emery is being linked with a move to Newcastle United.

Newcastle United got taken over by Saudi PIF; this has made Newcastle United the richest club in the world. After the change in ownership, they sacked Steve Bruce; This is because they felt he was not the right manager to take their project forward. They wanted to sign Unai Emery back to England and lead their new project going forward.

Unai Emery has rejected a move to manage Newcastle United

In a recent report, Guillem Balague has stated that “Emery felt a huge pressure on the day of their match.” (match vs Young Boys in the Champions League) He further added that “And then there was the lack of a clear vision from the club. If you want him, do you approach him in such a rushed way, without an official offer and with it coming out from the English side that it is all practically done?” He concluded by saying, “I don’t see this move happening now this season. Maybe next year when the club’s structure is clearer and the vision more defined.”

Furthermore, the manager come out on social media and stated that “I am grateful for the interest of a great club, but even more grateful to be here.” Later he added, “Villarreal is my home and I am 100% committed.” To conclude his statement he added that “That is why I communicated to Fernando Roig my decision to want to continue being part of this project because of the commitment and respect that I perceive from the club and from my players, which is mutual and reciprocal.”

Even though Newcastle is one of the richest clubs in the world; they are struggling this season; they are coming 19th in the league as they have failed to win a single match this season. The Magpies need to sign a new manager to lead them up to a better position in the league. However, as it stands there are no concrete links with any prominent managers at this moment.

Do you think Unai Emery should return to the Premier League?