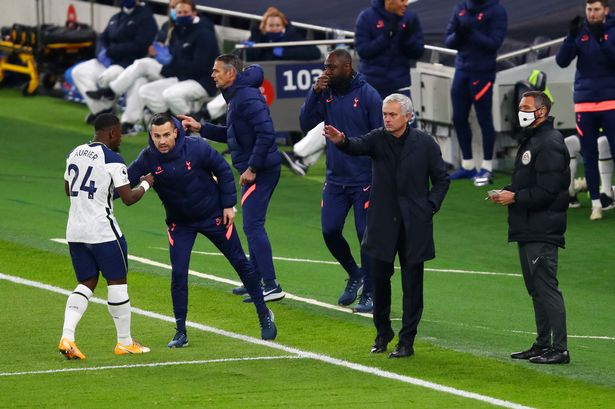 Tottenham have managed to hold on to their position at the top of the Premier League despite being held to a 1-1 draw away to Crystal Palace. It was because Liverpool also dropped two points on their visit to Fulham.

Harry Kane’s 24th minute blaze from distance on Sunday swerved past Palace goalkeeper Vicente Guaita to give Tottenham the lead in south-east London.

Just then when Spurs looked to be on their way to three points, it was Jeffrey Schlupp who stopped them on the way with an equalizer barely nine minutes from time after Hugo Lloris failed to deal with a free kick.

There were twists and turns in the match keeping the momentum going for Spurs as Eric Dier almost won the game for them in injury time. But Guaita produced a spectacular save to keep his long range shot out.

This draw provided Liverpool the chance to return to top spot but Jurgen Klopp’s side, who were without the injured Diogo Jota, could only draw 1-1 away to struggling Fulham.

Liverpool were dormant and ineffective for most of the first half and paid the price when Bobby Decordova-Reid’s blasted the home side ahead on 25 minutes and, although they improved in the second half, it was not until the 79th minute that they drew level in the form of Mohamed Salah’s penalty after a handball in a Fulham defensive wall.

On the other hand, Arsenal’s domestic season went from bad to worse as they sank 1-0 at home to Burnley and also had Granit Xhaka sent off for a direct red card just before the hour.

The Manchester United and Manchester City derby also failed to produce any excitement as the Manchester derby ended in a drab 0-0 draw at Old Trafford on Saturday afternoon, and fans saw just four shots on target.