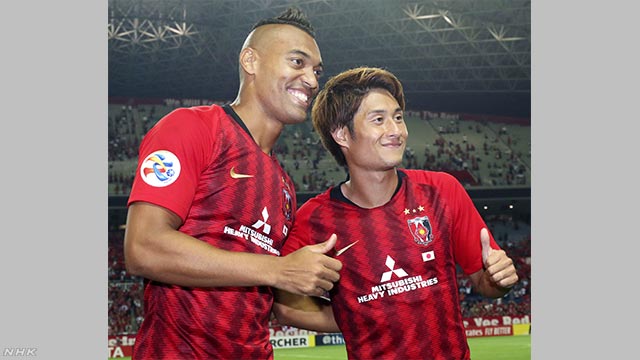 Urawa Reds defeated Guangzhou Evergrande 2-0 in the first leg of the AFC Champions League semi-finals. The home side took just 19 minutes to open the scoreline – thanks to the Brazilain Fabricio. In the second half,  the 24-year-old midfielder Takahiro Sekine blasted Urawa’s second goal of the match and made the situation of Fabio Cannavaro ‘s Guangzhou somewhat tenebrous.

The Chinese side Guangzhou still have a chance in their home leg to turn the tables and meet probably Al-Hilal, who recently outdid Xavi’s Al Saad 4-1 away from home in the first leg. Urawa Reds have won two AFC Champions League titles and are possibly near to win their third Asian crown.