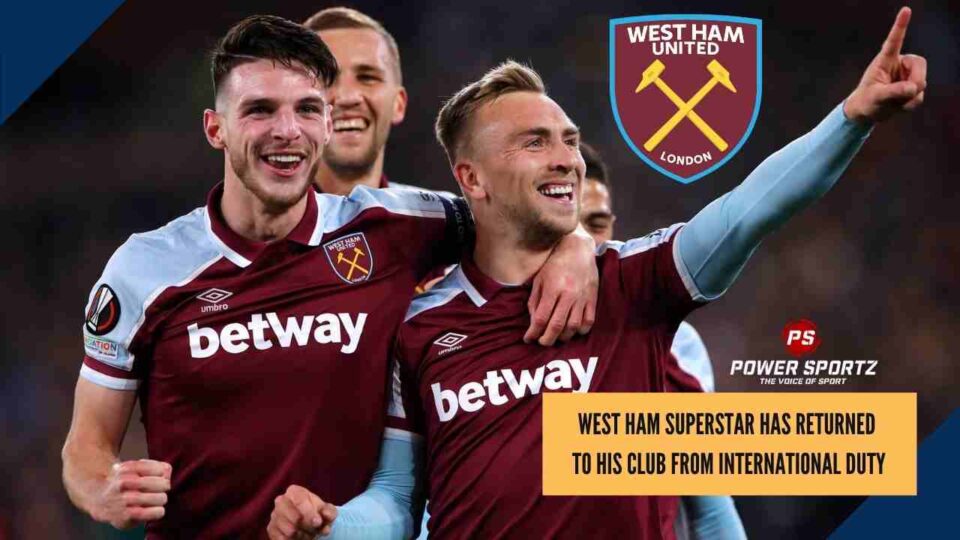 West Ham has improved by a significant margin over the last two seasons; They finished the 2020-2021 season in 6th position and qualified for the Europa League after struggling for many seasons. This season they have been phenomenal under David Moyes; they are coming third in the league and are three points behind the league leaders Chelsea. In their last match, they beat in-form Liverpool by a scoreline of 3-2.

Declan Rice has grown into one of the best budding midfielders in the world of football; many attribute West Ham’s improvement in performances to the improvement of the young Englishman’s performances. His performances enabled him to play for his national side on 27 appearances at the age of 22 years; this is a feat that the majority of footballers dream of accomplishing. Rice has left England’s camp in their most recent international break; this is because the midfielder has picked up an illness that wouldn’t have enabled him to play for his country. As of now, no official report has been passed regarding when the player will be fit to play again.

Declan Rice has an estimated market value of around 70 million euros; he has been on the radar of many Premier League clubs such as Chelsea, Manchester United, and Newcastle United. Many expect ‘the Blues’ to be the favorites to sign the midfielder as he is rumoured to be interested in joining them. Many expect that West Ham will consider a price of around 120 million euros to sell their star; However, as of now, no official statement has been made by the player or either of the clubs.

Declan Rice has a contract with West Ham till 2024; do you the budding star will try and push his way out of the club in the upcoming transfer window?