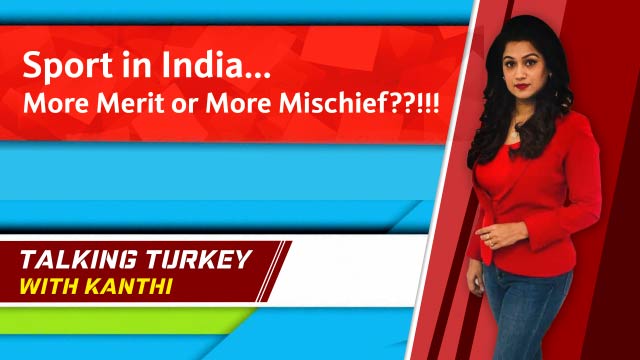 Otherwise known to be not seeing eye to eye, it is strange to observe a great bonding between BCCI and the IOA voicing their consternation as the new sports code is knocking at the door.

There is unease in the BCCI corridors as Lodha committee reforms stare at them. While the IOA is unequivocal in resisting the new sports code with all their might.

So, what is brewing in these two sports organizations in India? The latest episode of “Talking Turkey with Kanthi” analyzed these strange bedfellows and what lies beneath.

It is true that most of the logic by IOA has no rationale, especially the age-cap rule. “The IOA clamour to follow IOC’s age-cap rule is risible as it is already 70 years,” said show-host and Editor-in-chief of Power Sportz, Ms. Kanthi D. Suresh. Both BCCI and IOA are capitalizing on the loopholes in the legal system, feels Kanthi.

Another threat is that the kith and kin of office bearers could make a beeline to hold positions within sports federations.

To know more about the issue and the several twists and turns to it, watch the full episode of “Talking Turkey with Kanthi,” here.