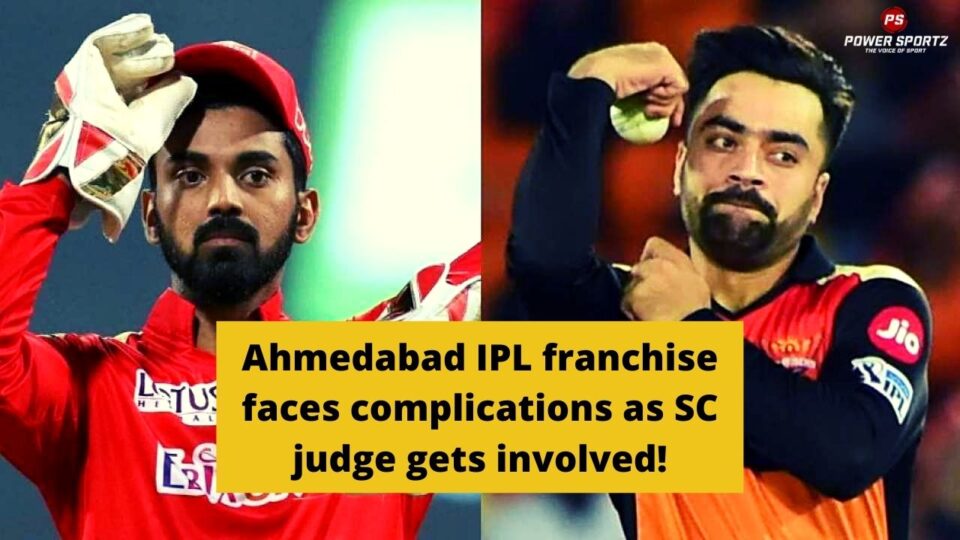 Ahmedabad and Lucknow are the two new franchises that will feature in the upcoming season of the IPL; before the start of the mega auction which is et to be held in the middle of February; both sides will be able to choose their retentions. Furthermore, according to reports, the franchises have already decided which player they are going to retain.

Lucknow’s side is expected to retain KL Rahul, Rashid Khan, and Ishan Kishan as their trio to build their backbone. Additionally, Ahmedabad’s franchise is rumoured to retain the trio of; Shreyas Iyer, David Warner, and another player which isn’t clear as of now. Even though the third player isn’t clear; reports suggest that it could be Hardik Pandya despite the fact that he has hit a poor run of form. Other players who are on the radar of these two new franchises are Rabada, Avesh Khan, and Harshal Patel.

Ahmedabad -based IPL side face issues?

Despite the fact that the CVC Capital’s group won the bid for Ahmedabad’s franchise for the upcoming season; A disagreement arose straight after about CVC Capitals’ purported interest in betting enterprises outside of India. The RPSG firm, which won the auction for the other new franchise in Lucknow, was promptly granted a letter of intent. For CVC Capitals, BCCI solicited the help of a three-member impartial external board led by former Supreme Court Justice KS Radhakrishnan. However, as of now, the panel is to give their expand on their discussions and a verdict is expected in the near future. It is in the hands of BCCI to take the next steps with regard to this matter.

Even though many expect the new franchise to carry on without any issues; a negative conclusion could end up in CVC Capital’s group missing out on being involved in the tournament. What do you think the BCCI and the IPL will decide?