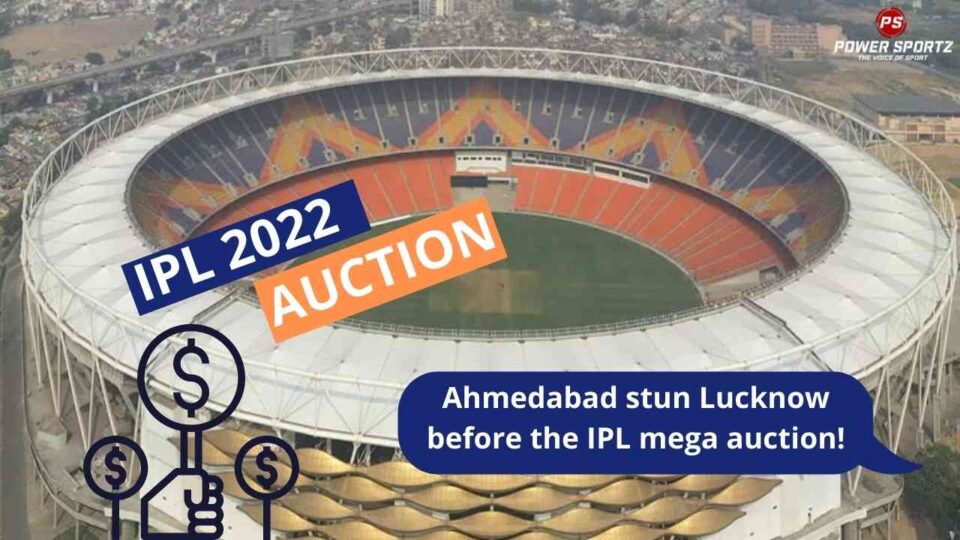 Ahmedabad and Lucknow are on the verge of announcing their player retention list; this announcement should be made public in another few weeks. Thereafter both of these sides will join the 8 other franchises in the mega auction; which will begin in the middle of February. Even though the auction was supposed to be held in Bangalore; due to the spread of the coronavirus the BCCI and IPL board are expected to hold the auction in another state; this will be announced closer to the time of the event.

There are many world-class players that are expected to be secured by the two new franchises before the start of the auction; these include players such as Rashid Khan, David Warner, Hardik Pandya, KL Rahul, Rabada, Shreyas Iyer, and Ishan Kishan. Both of the teams have been heavily linked to sign the ex overseas duo of Sunrisers Hyderabad; the duo consists of the pair of the Afghanistan all-rounder Rashid Khan and Australia’s ace batsmen David Warner.

Ahmedabad has beaten Lucknow in signing their first pick!

Reports have suggested that Ahmedabad has beaten Lucknow in signing their number one pick Rashid Khan; this has stunned Lucknow and caused a lot of agony amongst the franchise. Now it is expected that Lucknow will try to sign either Rabada or David Warner to replace the Afghanistani superstar. Another key decision that the Ahmedabad’s franchise will have to make is who they would like to see as their new captain; as of now, reports suggest it is between Hardik Pandya and Shreyas Iyer.

On the other hand, Lucknow has reported to have secured their captain; as reliable sources hint that KL Rahul is on the verge of signing a contract with the new franchise. Who do you think these two new teams should appoint as their first-ever captains entering into the 2022 season of the IPL?