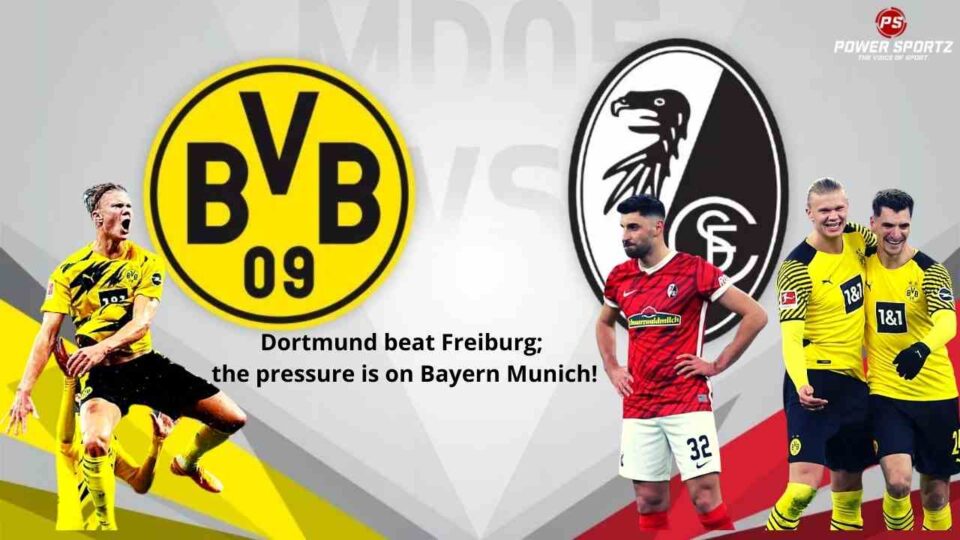 Dortmund was lethal in their last Bundesliga game; they beat 4th place SC Freiburg by a scoreline of 5-1. This win has put them 3 points behind their arch-rivals Bayern Munich who are on the top of the table; Munich will feel pressured to win their next game Koln. This is because the league leaders had a terrible loss against Monchengladbach as they lost the win by a narrow margin of 2-1; which was extremely shocking as they were at home and their opponents had only been able to win 6 games; this season as they secure the 12th position in the league!

As of now, there hasn’t been a lot of movement around Germany with regards to transfers; however, this might change in the near future. This is because BVB is expected to sign an attacking midfielder in this transfer window to further solidify their attack. Rumours, have hinted that Donny van de Beek has been offered to the club on a loan deal until the end of the season. In addition to Donny, the club is also linked with Denis Zakaria who is on the radar of many clubs across Europe.

Dortmund are pressurizing their superstar Haaland!

The black and yellow’s best player Erling Haaland is pushing for a move away from Dortmund. Even though he wasn’t planning to leave in the winter transfer window and focus on finishing the season; he has addressed the press about how he has been treated by his club. In a press release, he stated that his side is pushing him to make a decision in this transfer window; his statements hinted that “The last six months I have chosen not to say anything out of respect for Borussia Dortmund, but now the club has started pressing me into making a decision.” He hints on a move away by stating that; “All I want to do is to play football, but they [Dortmund] press me to make a decision now about my future […] So that means I have to make a decision soon.”

Haaland is expected to join either Barcelona or Real Madrid over the summer transfer window; after he finishes this season with his current team in the Bundesliga.