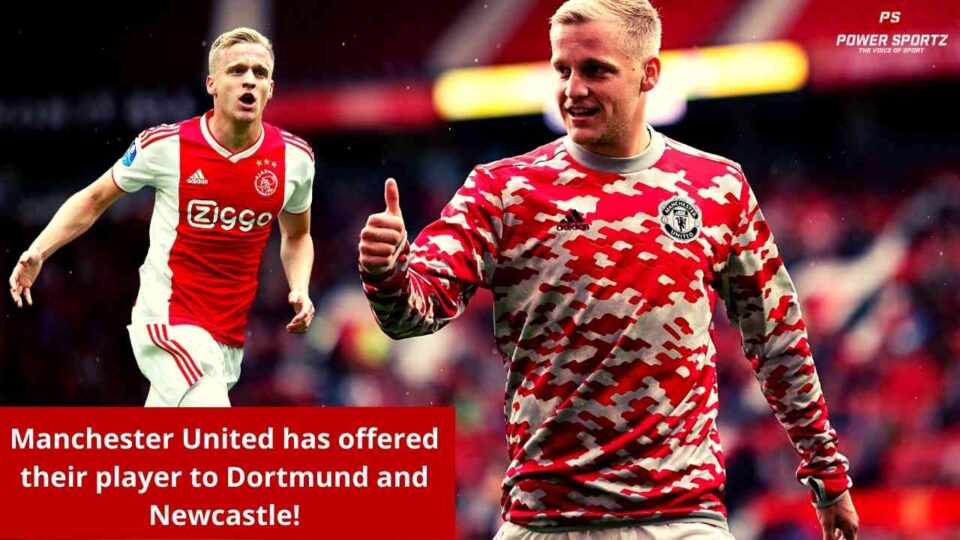 Manchester United has a poor Premier League standing; after playing 19 games the Red Devils are coming 7th in the league. This poor run in form has come because of their inconsistent midfield; the club is expected to try and sign a world-class midfielder to try and rescue their season. However, as of now, the club is yet to make any bids for any players; they are reported to try and move for a loan deal in the next few days. Before they move in to sign players they want to loan and sell some players in their current squad.

Ralf’s side is expected to try and sell players such as; Donny van de Beek, Jesse Lingard, and Anthony Martial in the next few weeks. Rumours hint that these players are linked with clubs such as Newcastle United, along with other Spanish clubs such as Sevilla and Valencia. These moves are expected to take place at the end of the transfer window as both side sides are playing the waiting game to maximise their profitability through the deals! In addition to these players, Manchester United is desperately trying to hold on to their star midfielder Pogba; who is running down his contract so that he can move to a club such as PSG or Real Madrid to play his next few seasons of football. It is reported that United will keep pushing to make the player sign. contract extension!

United have reportedly made a move by offering Donny van de Beek to both Newcastle and Dortmund for the remainder of the season; this is because the 24-year-old midfielder isn’t securing sufficient minutes and is getting frustrated with his role in Manchester. This move could potentially go through in the next few days; however, as of now nothing concrete has come out and these just remain as rumours. The next week could see more clarity on this move!

Do you think the midfielder should leave United and go out on a loan deal for the remainder of the season?