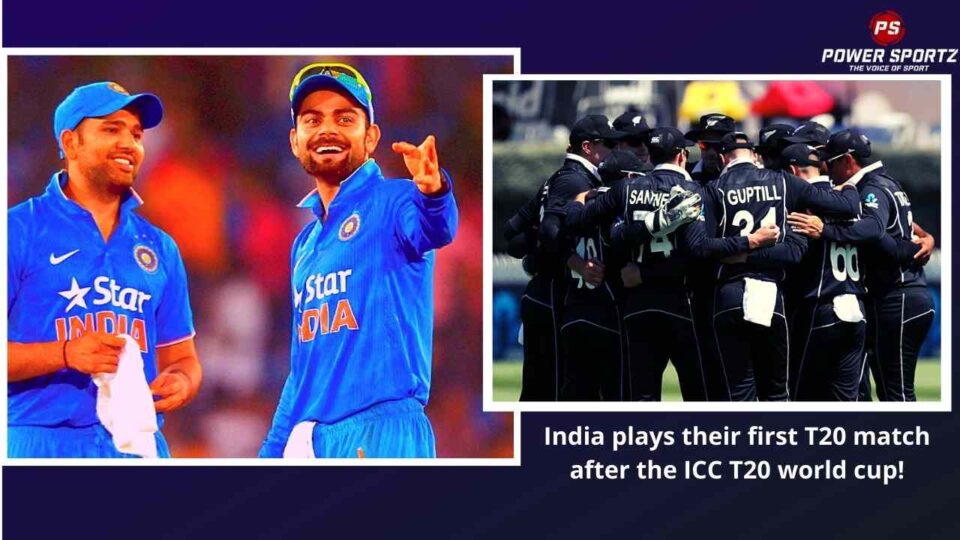 India had a poor run in the ICC T20 world cup; they failed to qualify for the semi-finals as they lost two of their group stage matches. These losses came against both Pakistan and New Zealand who progress further in the cup. However, neither of these teams was able to secure the title in this edition of the tournament. Australia beat Pakistan in the semifinals of the cup by a margin of five wickets; Later, in the finals, they managed to beat New Zealand by 8 wickets to secure their first T-20 world cup.

Dravid’s side will face the T20 world cup finals New Zealand in their first T20 series after the world cup. For the upcoming series, India has made many changes to their side; the most prominent change will be that Virat Kohli will be rested. This has resulted in Rohit Sharma taking over as captain of the side. Along with Kohli the BCCI has rested experienced players such as Jadeja and Bumrah to give some inexperienced players a chance to repent their nation.

When and where the match take place?

Later, both the sides will play a game test series; which commences on the 25th of November and can extend up to the 7th of December. Even though it is expected to be a close series; India should be able to secure wins as they rarely lose matches when the matches are played in India.

Do you think India will be able to win this series against New Zealand?