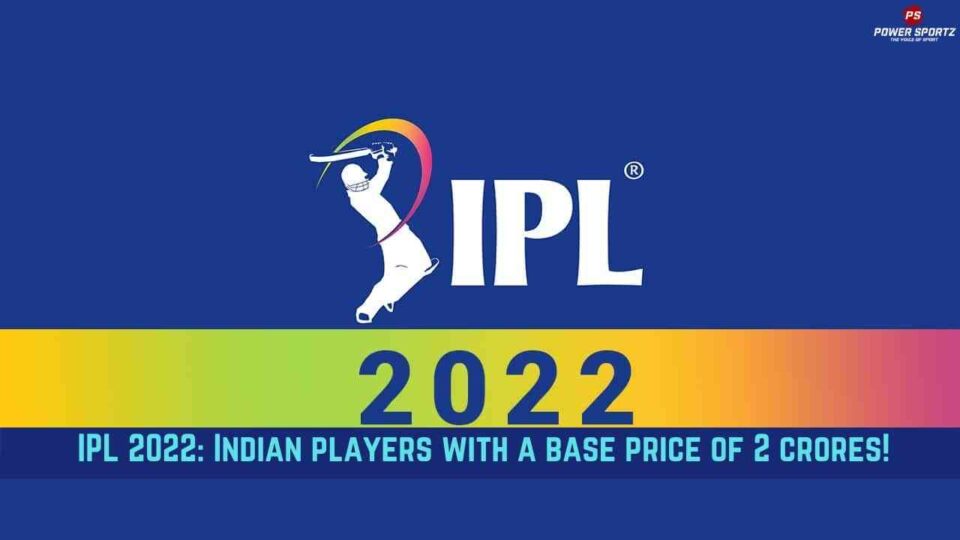 IPL 2022 season will begin with the mega auction on the 12th and 13th of February; the auction will be held in Bangalore where all the 10 teams will work to pick their full squads. As of now a list of 590 players will be involved in the auction as the BCCI has shortened the list from 1214 players. These 590 players include 370 Indians along with 220 overseas players; furthermore, there are 7 uncapped players belonging to associate nations.

The highest price bracket in the IPL is 2 crores; additionally, this is followed by many other price brackets that the players have set. The lowest price bracket for the upcoming mega auction is 20 lakhs; which is full of uncapped players mostly belonging to India.

Additionally, there are 17 players who have registered themselves for a bracket of crores; further, these include players such as Ashwin, Dhawan; Iyer, Padikkal, Raina, Uthappa, Kurnal Pandya, Harshal Patel; Dinesh Karthik, Kishan, Rayudu, Deepak Chahar, Bhuvneshwar Kumar; Umesh Yadav, Shardul Thakur and lastly Yuzendra Chahal. Even though the players have a hefty price point many of them might go for a hefty fees in the auction of upwards of 8 crores; furthermore many other reports have hinted some players such as Shreyas Iyer to go up to a price of 15 crores.

IPL date and time for the upcoming season!

After the mega auction on the 12th and 13th of February; firstly the IPL league matches are expected to start on the 2nd of April 2022. The tornument will last until June 3rd when the finals will be played!, there will be total of 74 matches in this segment of the cup.

Even though as of now the cup is being held in India if complications due to the coronavirus occur the tornument could be shifted to either Sri Lanka or the UAE.

Tottenham has made some movement in the transfer window!