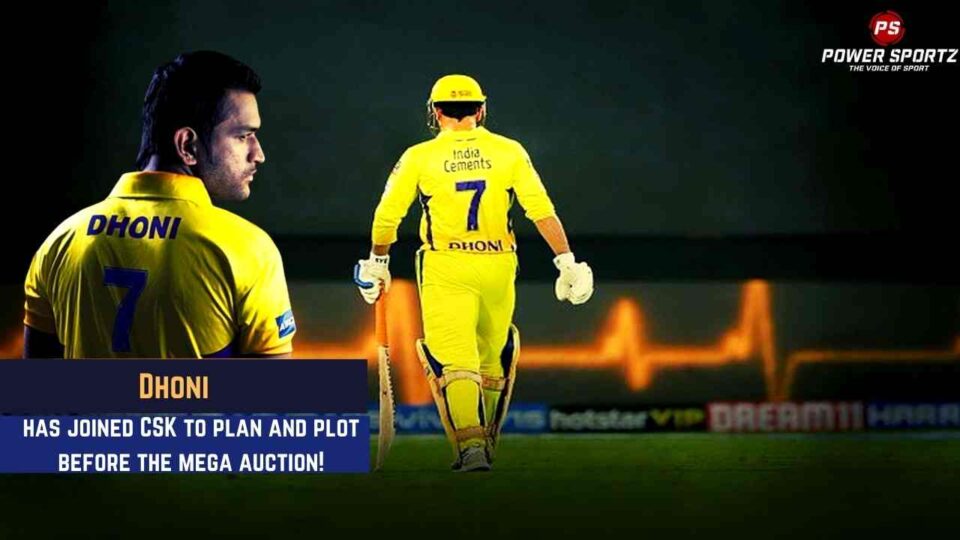 Dhoni has been retained by Chennai Super Kings; for a total of 12 crores for the 2022 season of the IPL. He further joins the trio of Ravindra Jadeja for 16 crores; Moeen Ali for 8 crores along with Ruturaj Gaikwad for 6 crores. Later in February CSK will take part in the mega action with the rest of the teams in the league to complete their squad. It is expected that the auction will take place in Bangalore on the 13th and 14th of February; but reports indicate that this might be juggled depending on the spread of corona.

On the 27th of February, MS Dhoni was spotted in Chennai as he was checking into a hotel; later the Twitter page of CSK posted a picture of their captain in the hotel as they welcomed him. It is expected that Dhoni has checked in to discuss how his franchise should approach the upcoming auction; as he always has been an important part of the team that decided what the franchise should do. CSK will have a total of 48 crores to construct the rest of their squad going forward.

Dhoni is playing one of the last few seasons in the IPL before retiring from all formats of cricket altogether; following this role is it expected that MS will take on the role to become a part of the coaching staff for Chennai in the next few seasons.

Additionally MS is expected to continue his role of mentor for India in major tournaments like the world cup; the last time he acted as a mentor was in the T20 world cup. However, despite having the superstar as their mentor the men in blue had an extremely disappointing cup. Now under Rahul Dravid, they will focus on bettering selves in the next T20 world cup which will be hosted by Australia!