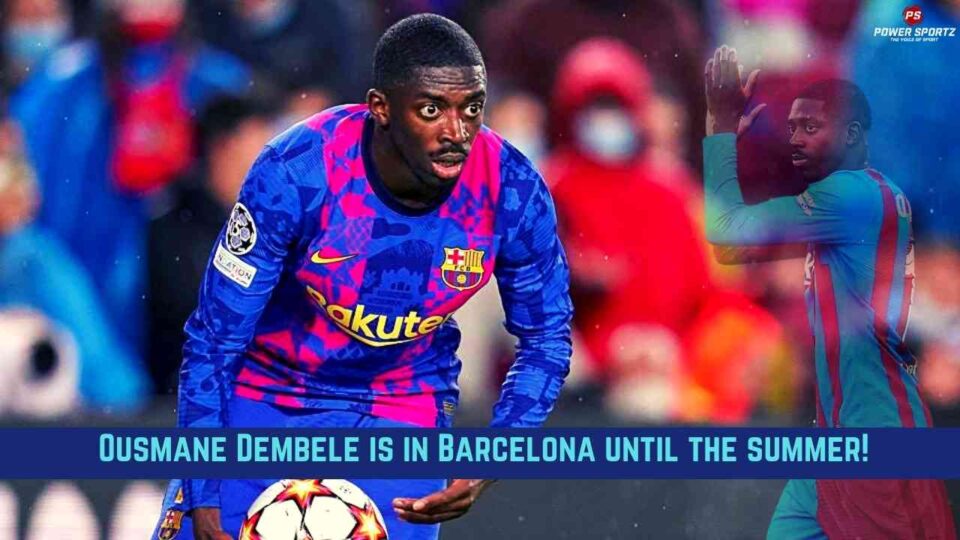 Ousmane Dembele has only been involved in 21% league minutes for Barcelona this season; furthermore, the 24-year-old Frenchman has a contract with the Spanish giants until June of 2022. Despite being on the last strand of his contract the winger has rejected a transfer extension with the club. This is because the player wants to join a club after his contract expires with the current club; he is heavily linked with moves with big European teams such as; Chelsea, Manchester United, PSG, and Juventus. However, as of now, no official deal has been made from any of these teams as of now.

Despite the fact that the club wanted to sell the player over the winter transfer window; the winger rejected all moves away from the club. Dembele isn’t expected to play any minute for the club and will be kept away from the squad; furthermore many expect Barcelona to pay off all his wages and terminate his contract from the club; as it will remove a ‘poor’ influence from the rest of the squad. This will only be possible if the Frenchman will be willing to give in to the Spanish giant’s demands; however, it seems highly unlikely.

Ousmane Dembele is heading out but other stars have moved in!

Players such as Aubameyang and Adama Traore have joined the attacking unit instead of Dembele; these two players are expected to fill the offensive void that the winger has failed to provide for his side. It is expected that the winger will push to play alongside Messi and Neymar in PSG once his contract expires; however other reports hint that the player has signed a pre-contract deal with Chelsea as he hopes to further his experience in the Premier League.

Only time will tell where Dembele will play in the upcoming season!