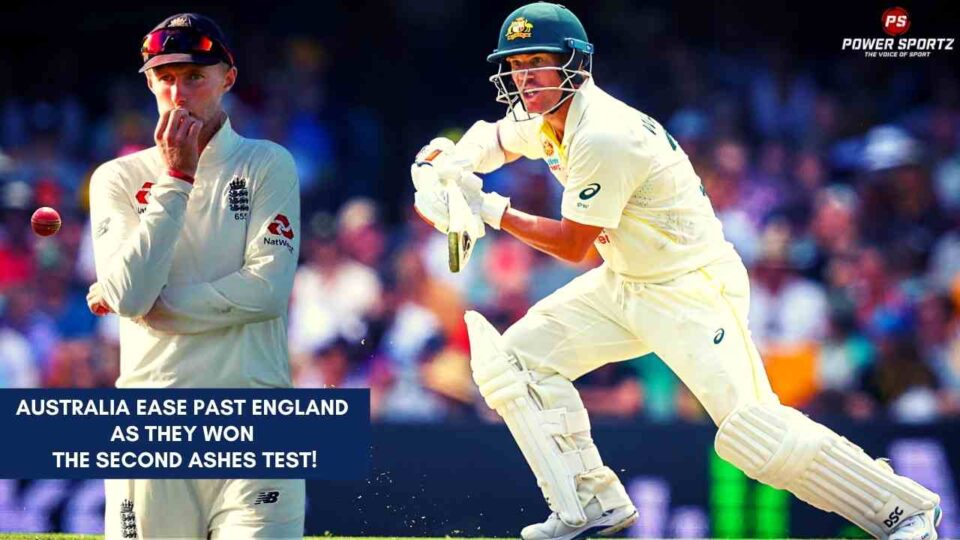 Australia is pushing up the ICC test rankings; they are currently coming third in the ranking behind India and New Zealand; who currently occupy the first and second positions respectively. Later in fourth place and fifth place England and Pakistan have occupied these positions respectively. Despite the fact that there are many exceptional test series; the duo of India and New Zealand have a great edge over the rest of the countries. This is because they have a margin of 13 ratings between them and the rest of the countries.

Currently, one of the most prestigious events the ‘Ashes’ is taking place; In the first test match between the sides, Australia beat England in an extremely dominant manner at the Gabba. The visitors won the toss and elected to bat first; they had a poor inning as they were bowled out after scoring 147 runs. Jos Buttler and Ollie Pope were the top scores for their side as they added 39 and 25 runs respectively. The Aussie duo of Pat Cummins and Mitchell Starc was phenomenal with the ball as they took 7 wickets between them.

Cummins’s side had a great inning while batting in their first innings; their side added 425 runs on the board. The majority of these runs came through Travis Head who scored 152 runs and David Warner with 94 runs!. Yet again England collapsed in their second innings; as their side was only able to add 297 runs on the board. Which resulted in their side giving the hosts a target of 20 to chase down in the final innings of the match. Later Aus chased the target down with ease and secured the first win of the series.

Australia won the second match in the ‘Ashes series’!

From the 16th to the 20th of December; the second match of the five-match ‘Ashes’ Test series took place. Like the previous match, the hosts won this match in a comfortable manner and increased their standing in the series by going up in the cup by 2-0.

The Australian’s won the toss and elected to bat first; in the first innings, they scored 473 before declaring the score. Marnus Labuschagne scored 103 runs along with David Warner who added 95 runs. Later England stumbled again as they couldn’t face Mitchell Starc and Nathan Lyon; England scored 236 runs via Dawid Malan with 80 runs and Joe Root with 62 runs.

Further, Aus added to their score as they added 230 runs before declaring their innings; through Travis Head who added 51 runs, and Marcus Labuschagne again who added valuable runs as he scored 51 runs. England was unable to come back in the last innings of the match as they were bowled out for 192 runs; Jhye Richardson took 5 while Mitchell Strac took 2 wickets to seal the win for their side!

Do you think England can make a comeback in the Ashes?