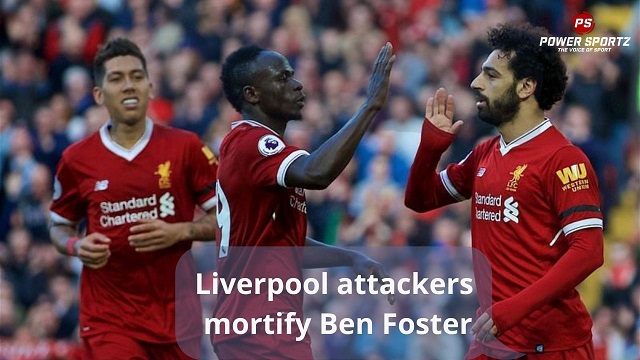 Liverpool beat Watford with a score of 5-0 in the Premier League; This match took place at the Vicarage Road stadium on the 16th of October.

The Reds were dominant from the start of the match; In the ninth minute of the match Sadio Mane scores a goal and gives his side an early lead. Watford were unable to identify how to stop Klopp’s attacking trio. To add to Ben Foster’s misery Roberto Firmino extended his sides lead in the thirty-seventh minutes of the game. Watford entered the break with 17% rate of ball possession and recorded 0 shots at their opponents goal.

The Hornets improved their performance in the second half of the game; Their side managed to have a 30% rate of ball possession and were able to hit the target on two occasions. Despite, the improvement in their performance the 2019-2020 Premier League Champions continued to be dominant. Two more goals from Roberto Firmino and one from Mohammad Salah sealed the game. This is the biggest loss Ranieri has recorded in the Premier League; The Italian managers team plays their next game against Everton on the 23rd of October.

Liverpool are in contention to win the Premier League.

Klopp’s team are coming second in the Premier League one point behind the leaders Chelsea; They will be extremely positive moving forward. This is because they have scored more then three goals in seven consecutive matches. Liverpool will play against Manchester United in their next league game; Klopp’s will be looking to add to the ‘Red devils’ problems. Manchester United lost their last league game against Leicester City by a scoreline of 4-2; This is because they haven’t been able to defend well. Furthermore, their attacker have been extremely wasteful with their opportunities in front of goal.

Do you think Liverpool will able to win the Premier League this season?