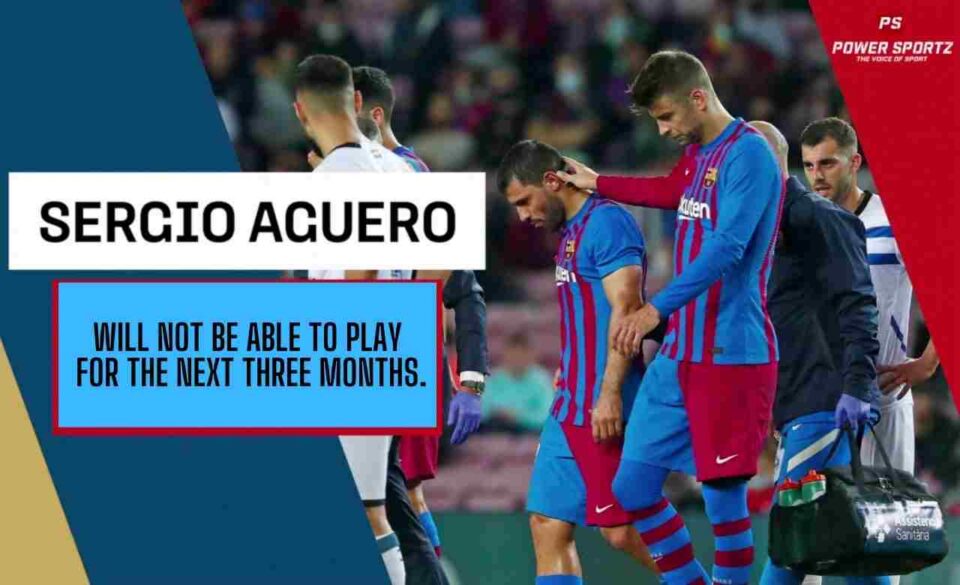 Sergio Aguero joined Barcelona as a free transfer over the summer transfer window; He stated one of his main reasons to join the club was to play alongside one of his friend Messi. However, it hasn’t gone according to the striker’s plan as due to contract complications; Messi couldn’t extend his contract with the Spanish giants and joined PSG. To make matters worse for Aguero as he had been sidelined due to a calf injury; The 33-year-old striker has only managed to play in five games this season.

The striker’s absence has taken a toll on Barcelona; The Spanish giants are coming ninth in the league and have only been able to win four matches this season. This resulted in the club’s manager Ronald Koeman getting sacked. As of now, they have promoted Sergi Barjuan as the interim manager for the side; Even though rumours have linked the Spanish giants with many managers; no official offers have been made till now.

Aguero will miss the next three months of football!

Sergio Aguero picked an injury against Alaves; This came through after a clash while attacking the ball in the 38th minute of the game. The Argentinean attacker had a lot of discomforts and was substituted out of the match in the 42nd minute. Aguero was rushed to the hospital; Barcelona has announced that their striker will be sidelined for three months as he has some cardiac issues.

Their statement stated that “During the next three months, the effectiveness of treatment will be evaluated in order to determine his recovery process.” After this statement, Aguero made a post on social media that stated “well and in good spirits to face the recovery process”. Following this injury, many of his old teammates showed support for the striker; Raheem Sterling posted that, “Stay strong my brother, we’re all with you. Get well soon”

Do you think Barcelona will be able to win La Liga matches without Sergio Aguero?