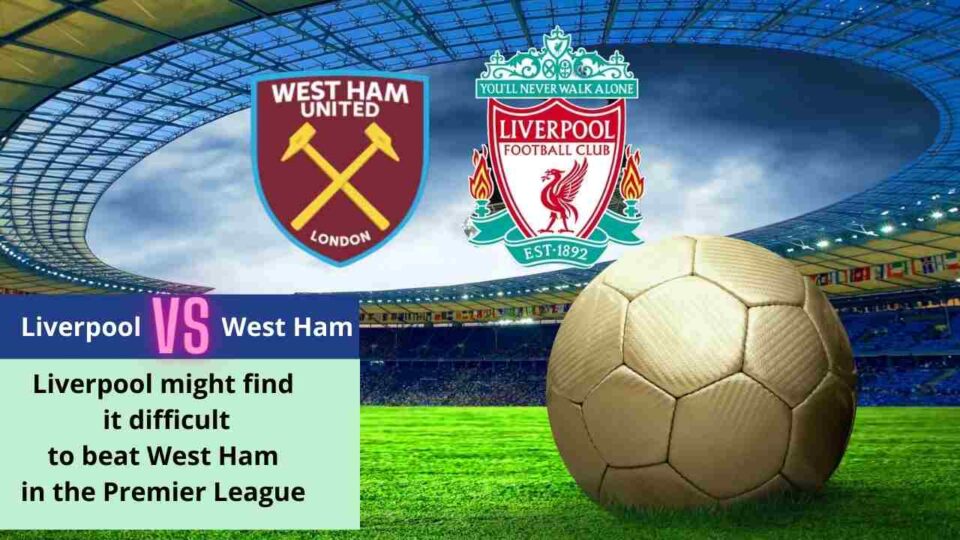 Liverpool is coming third in the Premier League; They are the only team in their league who are yet to beat. Their good run in form has come through their efficient defending where they have only conceded 8 goals. Furthermore, brilliant performances from their offensive duo of Mohamed Salah who has provided 10 goals, and Sadio Mane who has scored 6 goals have helped their side thrive. The 2019-2020 Premier League champions, will need to continue their winning form and apply pressure on the teams above them; if they hope to win the Premier League this season. Even though they are in great form they might struggle to win their next game.

Their opponents in the next game are West Ham United; The West London club is two points behind Liverpool in fourth place. They have recorded two losses this season; the first one came against 5th place Manchester United with a scoreline of 2-1. Their most recent loss came against newly-promoted Brentford who are coming 13th; with a scoreline of 2-1. Despite, losing these two games West Ham have managed to beat many great teams such as Aston Villa, Manchester City, Everton, and Tottenham. David Moyes will be determined to continue his great form in the league by beating their opponents in the next match.

In the 11th game week of the Premier League; The Red’s take on West Ham United. This match will take place in the London stadium. The match will commence at 10 pm IST and will be the battle for the third position on the table.

If the visitors win or draw the match they will overtake Manchester City in the league table and occupy the second position. However, if David Moyes’s side will need to win to attain the 3rd position in the league; A draw or a loss will keep them at the fourth position leading into the 12th game week of the Premier League.

Who do you think will win the game?