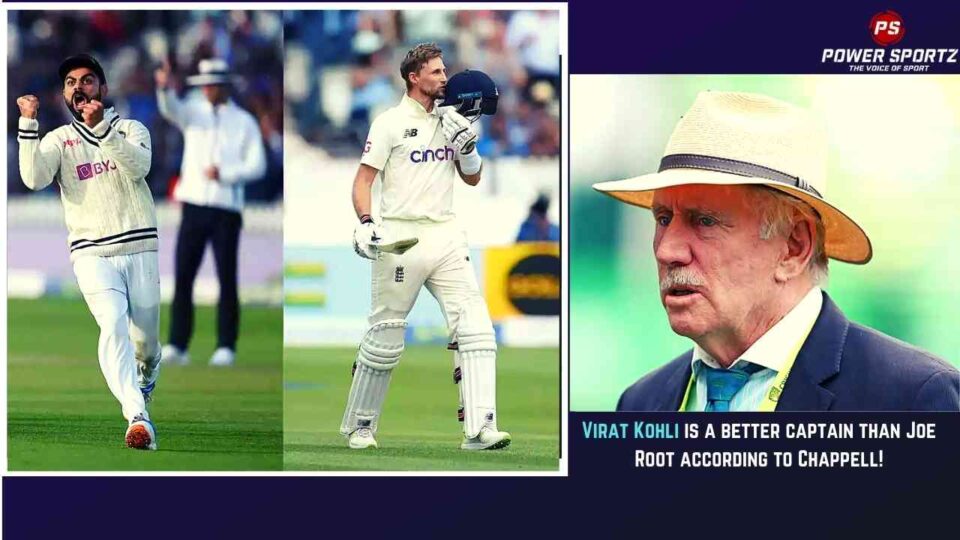 Virat Kohli isn’t the captain of any of the formats of team India; this is because the superstar feels the team will perform better if the captainship is given to someone else going forward. As of now Rohit Sharma and KL Rahul have taken over that role to take the team forward. In addition to the national team; Kohli has decided against being the captain for his IPL franchise RCB; from the 2022 season. Furthermore, it is expected that either David Warner or Shreyas Iyer; will be brought in the auction to take over that role. The mega auction will take place in the middle of February.

Joe Root is has decided against entering the 2022 season of the IPL; this is because the player wants to focus on playing test cricket instead of the shorter format; following England’s poor performance in the Ashes series with Australia which they lost by a margin of 4-0. Australia’s cricketing legend Ian Chappell has given his view on Joe Root; he feels that even though Joe Root is a great batsman he is a ‘failure’ as a captain. Despite this harsh criticism from Chappell and many cricketing experts, it is expected that Root will continue as the captain of the side in the upcoming series.

Virat Kohli is a successful captain!

Additionally, Ian Chappell expressed his view on Virat Kohli; the legend feels that he is a successful captain and has been phenomenal for India. He further expressed that Kohli’s biggest failure came in their most recent tour against South Africa but baring that he has been exceptional. He further Virat was exceptional in bringing in budding superstars such as Rishab Pant to the team who can take Indian cricket to another level.

It will be interesting to see how India operates without Virat Kohli as the captain of the side in the next few series!