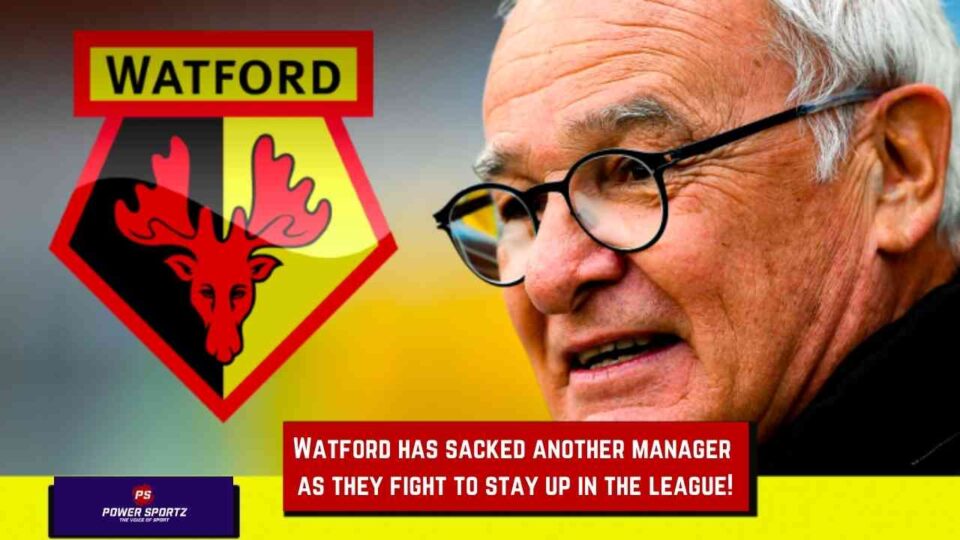 Watford is not being able to play exceptionally well in the Premier League; currently, the London-based side is coming 19th in the league as they have gathered 14 points in 20 games. The club must keep pushing if they hope to stay afloat in the league; they are in the relegation zone with the trio of Burnley, Newcastle, and Norwich. However, Newcastle is expected to push out of the zone because of the explosive transfer window they are having under the new ownership. The team has signed the duo of Kieran Trippier along with Wood; furthermore, the club is pushing to sign world-class players Lingard and Diego Carlos!

Watford has decided to sack their current manager after him being in charge for a period of three months; this is because Claudio Ranieri wasn’t able to help his side above the relegation zone. the team was extremely poor over the last few weeks as they recorded 7 losses out of the last 8 games which is the worst run the side has had from the early 2010’s. The Italian manager expressed that he is disappointed with this decision; and wished the club all the best to survive in the Premier League this season!

Watford passed a statement while sacking the manager!

Watford expressed that  “The Hornets’ board recognizes Claudio as a man of great integrity and honour; who will always be respected here at Vicarage Road for his efforts in leading the team with dignity.” The club further added that; “However, the board feels that, with nearly half of the Premier League campaign remaining, a change in the head coach position now will give a new appointment sufficient time to work with a talented squad to achieve the immediate goal of retaining Premier League status.”

Lastly, the Premier League club concluded the statement by stating “No further club comment will be made until this new appointment is confirmed in due course.”