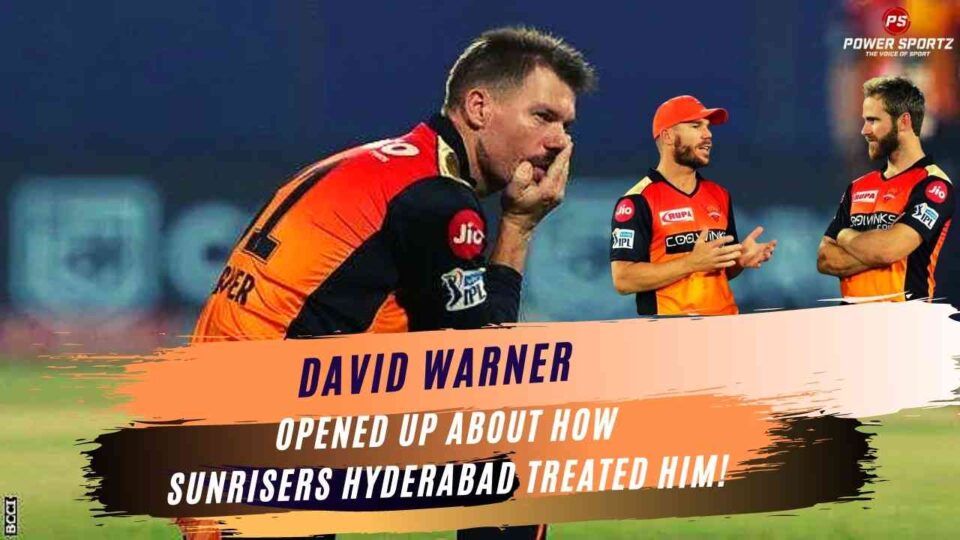 David Warner had a strange IPL season in 2021; this is because the Australian batsmen were removed as Sunrisers Hyderabad’s captain after having a conflict with the management. This conflict further resulted in the player being dropped altogether from the starting 11 of the team. Later after the end of the season; SRH decided against retaining the experienced player. Hyderabad has decided to retain the trio of; Kane Williamson for 14 crores along with Abdul Samad and Umran Malik for 4 crores each.

Despite being left by SRH; rumour have suggested that David has found his new IPL team. Reports have hinted that Ahmedabad has decided to retain the player before the start of the 2022 mega auction; Warner is expected to be retained by the franchise along with the duo of Shreyas Iyer and Hardik Pandya. The mega auction for the 2022 season is expected to be held in the middle of February; however, these dates might be delayed after the spread of the coronavirus at the start of the new year.

David Warner opened up about what happened in SRH!

In a recent press release, Warner expressed that, “If you are going to drop a captain and then not pick him in the team after what he has done, what message does that send to the young kids in the team? What message does that send to the rest of the group? What hurt me the most is that the other guys are now thinking, ‘oh, this could happen to me.” The Australian batsman further added that “At the end of the day, whatever happens, cop it, cop it on the chin. If you want to have those conversations, just have them. It’s not hard. Don’t shy away from them. I am not going to bite. I am going to sit here and accept that for what it is because you are not picking me in the team.”

Later he added “It was the pain that I knew was going to hit the fans. They are what makes a franchise. They grow your brand. The greatest teams in the world have icon players. I have been there for a long time. Kane Williamson has been there for a long time, so has Bhuvneshwar (Kumar). You build a brand and you move forward with that brand.” Warner expressed that “They really felt it and it hurts me because I am passionate about where I play. I will connect in any way I can with the fans because I know how important fans are.” lately he concluded his statement by saying “Those kids in the playground wanting to be Sachin, Virat, myself, Williamson, Steve Smith – you name those players, they want to be us. We have to connect with them. If they see something like that, it hurts them.”

How do you feel about the steps made by SRH in the IPL?

Manchester United maestro is a month away from recovering!