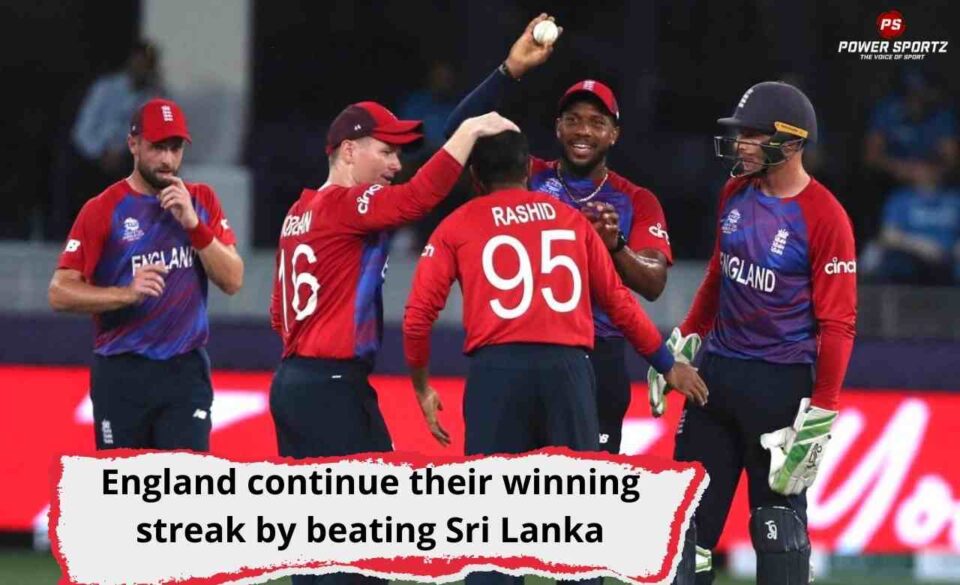 England has won their fourth game in the ‘super 12’ segment of the world cup; This win has made them come extremely close to qualifying for the next stage of the world cup. Morgan’s side started their campaign in a thunderous manner by defeating West Indies in the first game by six wickets. Furthermore, the 2010 champions beat Bangladesh and Australia in a comfortable manner. In their latest game, they have beaten Sri Lanka.

Sri Lanka had a 100% win record in the group stages of the cup; they beat Namibia, Ireland, and the Netherlands and qualified for the ‘super 12’ stage of the cup. However, Sri Lanka has struggled in their group and aren’t expected to progress to the semifinal stage of the cup. They have only been able to win one game in this stage of the cup which was against Bangladesh. Sri Lanka has lost their other three games against Australia, South Africa, and England. Shanaka’s face West Indies on the fourth of November in their last league game of the season.

England have continued their wonderful form against Sri Lanka

Sri Lanka won the toss and elected to bowl first; They had a great start and took three wickets for thirty-five runs. However, the duo of Buttler and Eion Morgan rescued their side’s innings. Buttler scored 101 runs in 67 deliveries; Captain Morgan managed to add forty runs to their team’s total; England ended the innings with 163 runs on the board.

Sri Lanka was unable to chase the target and lost the match by 26 runs; Moeen Ali, Adil Rashid, and Chris Jordan took valuable wickets and didn’t let their opposition establish any stable partnerships. The highest run-scorer for Sri Lanka was Wanindu Hasaranga who scored 34 runs in 21 balls.

Do you think England will be able to win this edition of the T20 world cup?