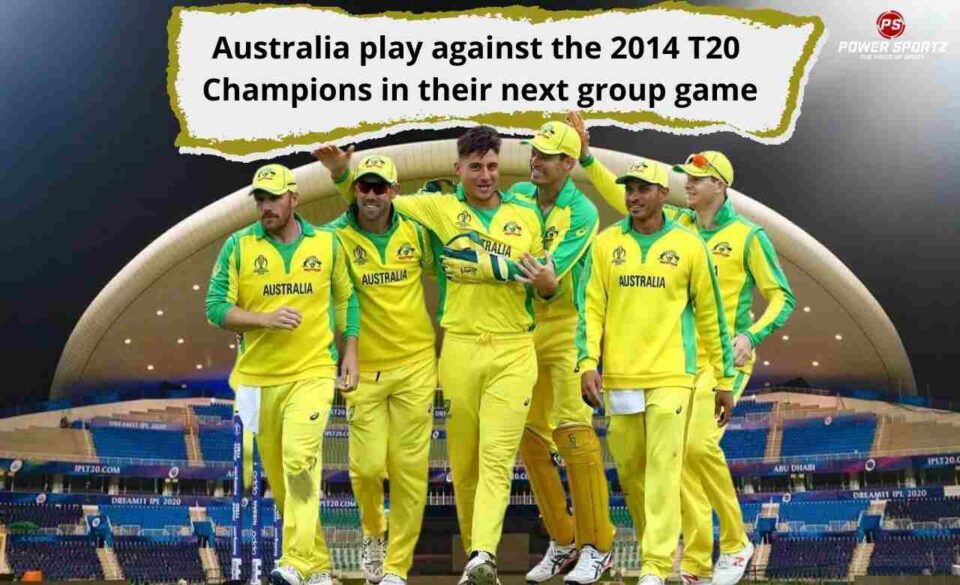 Australia is currently coming third in their group; The two countries above them in their group are England and Sri Lanka. South Africa, Bangladesh, and West Indies are in the bottom three positions in the group. Even though it is early in the tournament West Indies and Bangladesh are unlikely to qualify for the next stage of the tournament. This is because both of these have been out of form and currently have zero points.

Aaron Finch’s men will play against the 2014 world T20 champions, Sri Lanka, in their next game; This match will take place on the 28th of October at 7:30 pm IST. Both the teams have managed to win their first games and are in a great position in their group. Sri Lanka won their game against Bangladesh by 5 wickets with 7 balls to spare. If Dasun team’s bowlers are unable to improve the way they performed Sri Lanka will find it hard to beat Australia. The duo of Steve Smith and Marcus Stonis will have a lot of pressure as Finch and Warner are yet to score substantial runs.

Who do you think will win this match?

Australia is the favourite to win this match and extend their winning ways in the tournament; However, many feel that if Sri Lanka is able to take early wickets in the match they might be able to secure a win. Who do you think will win this match? Finch’s team plays their next game giant England on the 30th of October; This match-up is set to be one of the best matches in this year’s world cup.

Sri Lanka plays their next game on the 30th of October against South Africa; Later in the tournament they play against England and West Indies. Do you think Sri Lanka will be able to qualify for the next stage of the tournament?