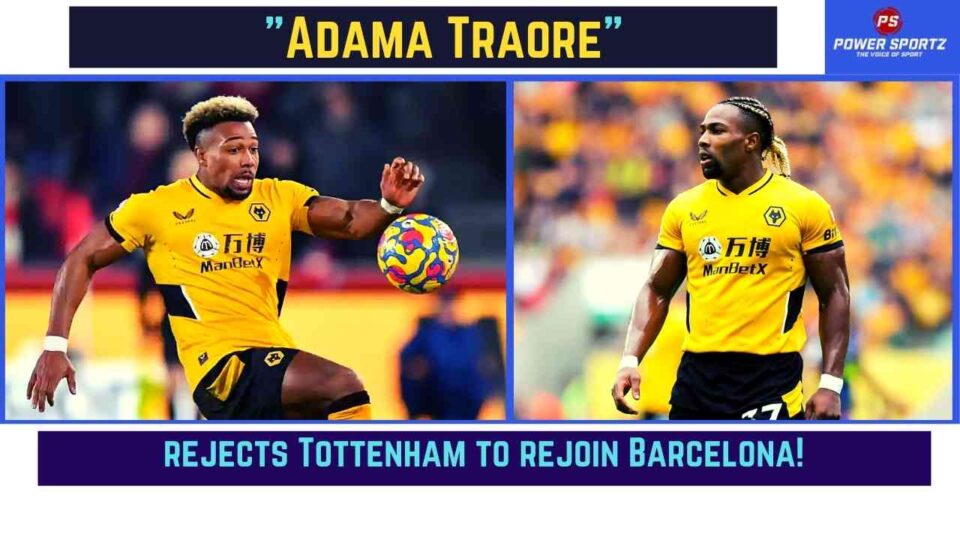 Adama Traore is one of the most versatile players in the world of football; the 26-year-old strong Spaniard can play on both of the wings as well as act as an attacking full back. This versatility and fluidity has made him one of the most sort out players in the transfer market. He hasn’t been able to help Wolves this season as he has only been able to score 1 goal in 20 league appearances; Wolves are currently coming 8th in the league 4 points behind Manchester united in 4th position; and over time have moved to a system which isn’t requiring Adama.

Wolves have decided to cash in by selling their playmaker; the two clubs who were showing the most amount of interest in the Spaniard were Tottenham and Barcelona. Reports have suggested that Traore has decided against joining Spurs; as he has agreed to a loan deal to play in his old club Barca. This is a huge blow for Conte’s side; which saw the Spaniard as the ideal player to take over the role of a wing fullback. Furthermore now Tottenham is expected to look for a player like the Spaniard in the summer transfer window to improve their squad.

Later in this month, the Spaniard is expected to join his old club on a loan deal; furthermore, this loan deal will be followed up by an option to buy for around 30 million euros. However, Wolves are yet to make a final decision on this offer and might push for a higher fee for their superstar.

Many believe Wolves will push for an obligation to buy instead of an option to buy for their superstar to join the La Liga; as they want to guarantee money from the loan deal along with a loan fee and wages covered in full.

Lucknow Super Giants are in the safe hands of an Indian legend!