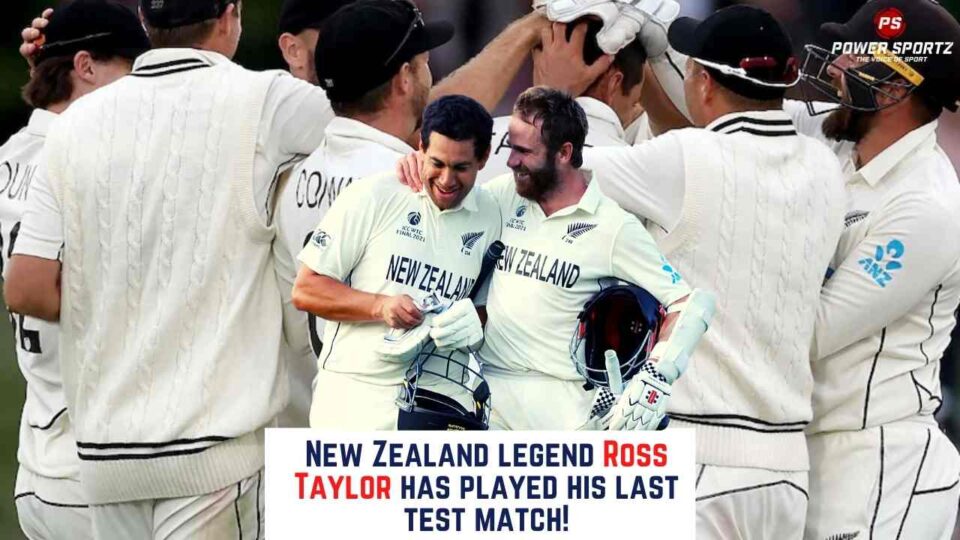 New Zealand had a poor series against India; In their tour against India, they lost the T20 series by a margin of 3-0. Later following the T20 series Dravid’s side beat them again in the test series by a score of 1-0. This victory by the host put them first on the ICC test rankings; they are being followed by Tom’s side by a margin of 3 ratings. Later in the third position is Australia and rounding off the fourth spot is England. In addition to being the second-best test team; the black and whites are currently the best ODI team and fourth-best T20 team in the world!

New Zealand made a comeback in the second test match!

The second test match was extremely emotional for cricket fans from all around the world; this is because this was the last test match cricketing veteran Ross Taylor played in. The 28-year-old batsman was extremely emotional in the build-up to the match which was evident when the national anthem was being played before the start of the second match. New Zealand was able to win the second match and last game of this series with ease; winning it by a margin of an inning and 117 runs.

Taylor who scored 28 runs in this match was given the guard of honour by Bangladesh’s side; who showed their apperception for the service Ross has given to the game of cricket. The world of cricket will always remember and value what the batsmen have added to the world. In his last statement, he added that “Today I’m announcing my retirement from international cricket at the conclusion of the home summer, two more tests against Bangladesh, and six odi’s against Australia & the Netherlands. Thank you for 17 years of incredible support. It’s been an honour to represent my country.”