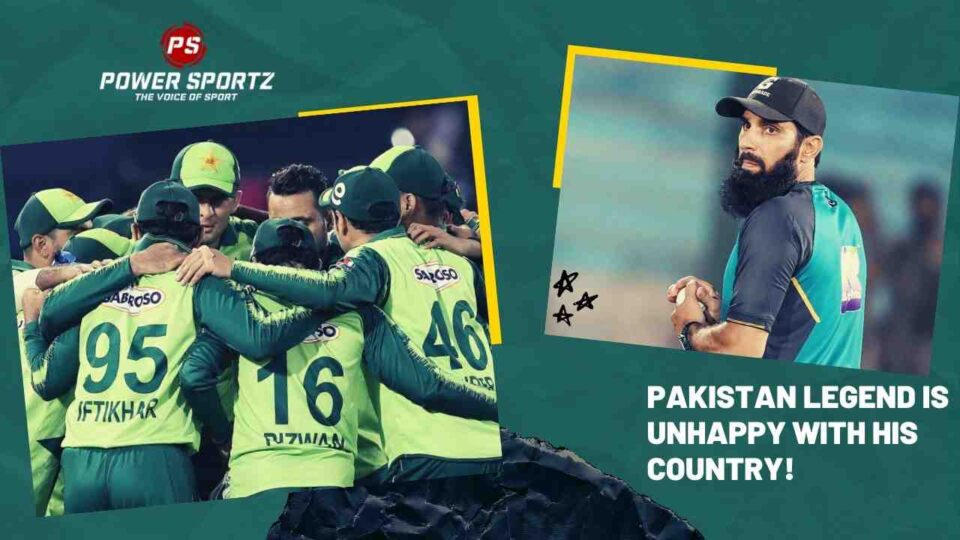 Babar Azam’s team is in ‘Group 2’ of the ‘Super 12’ division of the World Cup. They are considered as one of the favorites to win the cup. However, this will be a difficult task; As their team will play against India, Afghanistan, and New Zealand in the group stage. In order to progress in the tournament, they will need to win matches against these countries. As the top two teams from ‘Group 2’ will progress to the semifinals of the World Cup. The semi-finals will take place on the 10th and 11th of November.

Misbah-ul-Haq resigned from his post as Pakistan head coach in September 2021; In a recent interview he stated that “The problem is that in our cricket (Pakistani cricket) we only look at results and we don’t give time or have patience for planning ahead and improving the system.” He explained this statement by elaborating that, “We (Pakistan) don’t focus on the fact that we have to develop our players at domestic level and then in the national team and work on their skill development. We want results and if we don’t get the desired results we start searching for scapegoats.” The ex-Pakistani cricket captain feels that “Unfortunately, looking for scapegoats is a norm in Pakistan cricket. After losing a match or series we look for someone as a scapegoat to save face. Nothing will change if we continue with this cosmetic surgery. You can change the coaches and players but deep down the problems will remain the same.”

Lastly, Misbah-ul-Haq went to criticize the national selection committee and the way it acted while establishing Pakistans squad for this T20 World cup; He did so by saying, “What is going on? First, you take decisions on bringing some players into the World Cup team and then 10 days later you take a U-turn and bring back players dropped back into the fold.” These comments have divided Pakistani cricket fans’ opinions and caused a lot of controversies.

Pakistan plays their first game against in-form India on the 24th of September at 7:30 pm IST. Who do you think will be victorious?