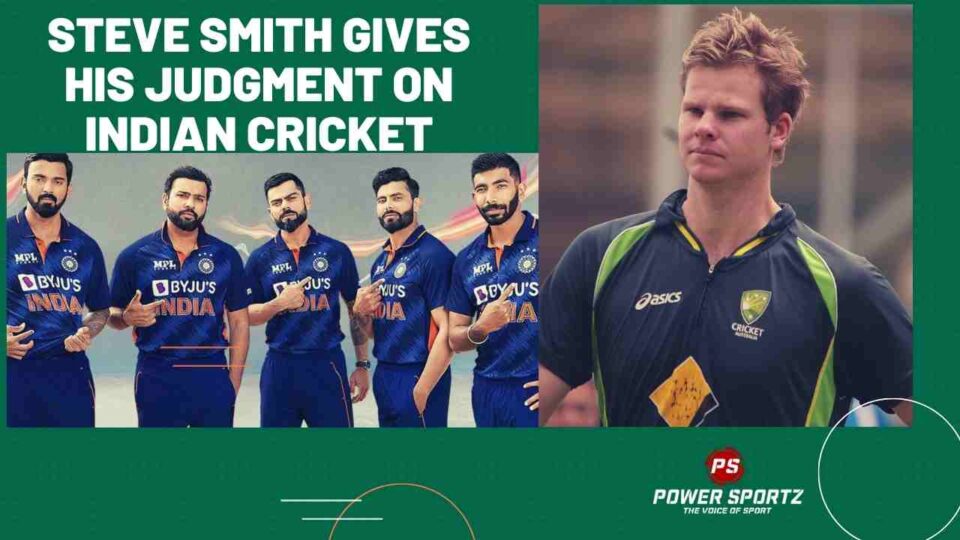 Steve Smith was the highest scorer for Australia in their warm-up game against India. Despite, scoring 57 runs his team ended up losing the game by 8 wickets. Ravichandran Ashwin and Ravinder Jadeja took the early wickets in the match and applied a lot of pressure on their opponents. The top three batsmen for Australia were only able to score 9 runs between them. However, they made a comeback as Steve Smith, Glenn Maxwell, and Marcus Stoinios added 135 runs for their country. Australia ended their innings with 152 runs on the board.

India was able to chase this target with ease; K.L. Rahul and Rohit Sharma established an opening partnership of 68 runs. Rohit went on to score 60 runs after 15 overs and decided to retire to give his other teammates a chance to bat. Suryakumar Yadav scored 38 runs and Hardik Pandya added 14 runs and lead their team to victory.

In a recent press conference, the Australian batsman expressed that, “They’re (India) a terrific side, they’ve got all bases covered and some serious match-winners.” He further added that Virat Kohli’s side has benefited from the IPL by stating that, “They’ve all been playing in these conditions the last couple of months with the IPL (Indian Premier League). So they’ll be used to that.”

Australia plays their first game in the T20 World Cup on the 23rd of October against South Africa; This will be the first game in ‘Group 1’ of the ‘Super 12’ segment of the tournament. The other teams in ‘Group 1‘ are England, South Africa, and West Indies. Additionally, two teams from the preliminary stages will be added to this group.

India will play their rivals Pakistan in the first game of this tournament; This match will take play on the 24th of October at 7:30 pm IST. Do you think MS Dhoni’s side will be able to win this World Cup after 14 years?