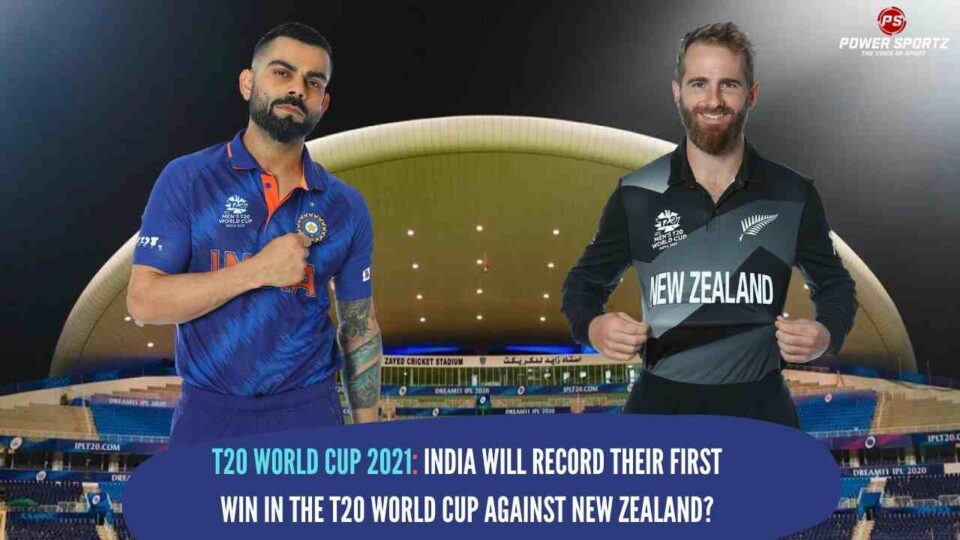 India is one of the best T20 teams in the world; They had two phenomenal wins against England and Australia in the warm-up games. These wins further reinforced the opinions of fans around the world that Ravi Shastri’s team is one of the best in the cup. However, India lost their first group game of the tournament against their arch-rivals Pakistan; This is the first time that Pakistan has ever beaten their rivals in a T20 world cup.

New Zealand is the fourth-best T20 country in the world; They have had a difficult start to this edition of the T20 world cup. Kane Williamson’s side lost their warm-up games leading up to the cup; They lost the first game to Australia by three wickets in a close encounter which came down to the last delivery. Later, they recorded a loss to England by thirteen runs. Continuing their poor form New Zealand lost their group game to in-form Pakistan by five wickets.

India play against New Zealand in their next match

Virat Kohli’s team faces New Zealand on the 31st of October at 7:30 pm. This is considered as one of the most important games in the group; As both, countries have lost their first game and winning this game will give them an edge to qualify for the next round. Furthermore, both these countries are expected to win their remaining matches in the cup. India and New Zealand play their last few games against Afghanistan, Scotland, and Namibia.

Pakistan is expected to finish the group stage in the first position in their group and qualify for the semifinals. The semifinals will be held between the top two teams of both of the groups; These matches will be held on the 10th and 11th of November.

Who do you think will make it to the semifinals of this edition of the T20 world cup?