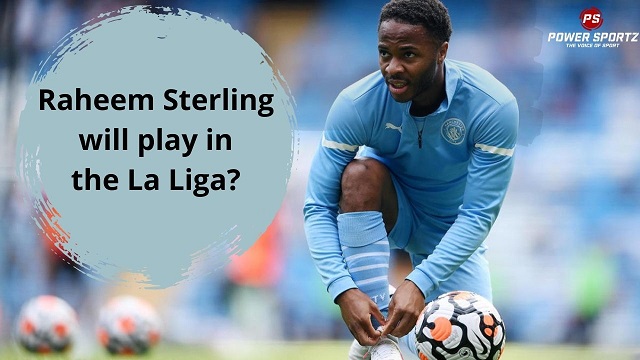 Raheem Sterling joined Manchester City in the summer of 2015 for 63 million euros. The winger has helped his side secure three Premier League titles and one FA cup trophies; Despite, helping is side achieve such accolades he has received a lot of criticism for not being clinical enough. The 26 year old has scored 115 goals and has provided his side with 88 assists in 302 matches.

In a recent interview Sterling expressed that he is open to leave Manchester City in the near future. This is because he isn’t happy with the amount of minutes he is play at his club. The England international has only been able to start in 16 out of the last 33 games for his side and is gradually being used in a more sparing manner. Sterling is expected to push for a move in the upcoming transfer window.

Raheem Sterling will play in the La Liga?

The winger has been in the radar of many clubs such as Arsenal, Newcastle and Barcelona. It is expected that the winger will snub the English sides and will try and move to Barcelona. This is because the Spanish giants are competing for titles on a more regular basis and give him the opportunity to play in the Champions League against the best players around Europe. Both Arsenal and Newcastle are in a rebuilding stage and are expected to take a few years to compete for titles on a regular basis.

Raheem Sterling has a an estimated market value of around 90 million euros. Even though he is keen to leave City it might end up staying at the Etihad; This is because City won’t let their winger leave for anything short of around 150 million euros which clubs will struggle to pay. Which club do you think will sign Raheem Sterling?