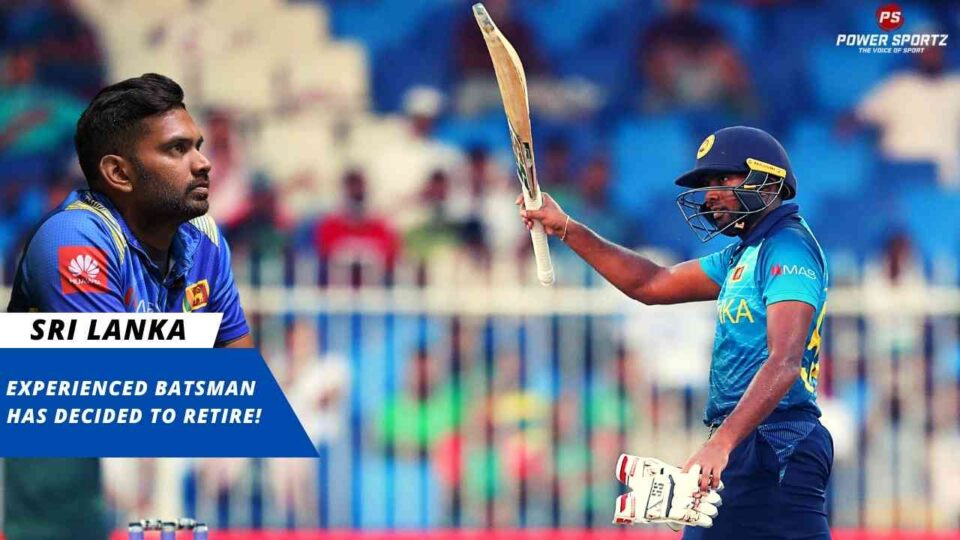 Sri Lanka pushed to make it in the super 12 stages of the T20 world cup; despite being able to reach his stage they were eliminated from this stage. The T20 world cup was eventually won by Australia as they beat their rivals New Zealand; in the finals of the cup by a huge margin of 8 wickets. Following the T20 world cup, Sri Lanka has moved up to the 8th spot in the ICC T20 rankings; above them on the ranking are Afghanistan in seventh, Australia in the sixth spot, South Africa currently posses the fish position; New Zealand are edging the top three as they are fourth in the rankings. Later up the rankings are England in first, India in second and Pakistan in third.

Currently, the Lankan’s are scheduled to play a three-match ODI series with Zimbabwe; the first match of this series will start on the 16th of January, subsequently, the second match will be played on the 18th of January. The last match of the series will be played on the 21st of January. Before this ODI series; the last time that their side played the match was in two-match test series; this series was against West Indies, where they were able to win the competition aft winning both matches they played in. How do you think 2022 will be for the Lankans?

Bhuanuka Rajapaksa has decided to retire from international cricket; this is because the batsman has cited family issues for the reasoning. In a press release, the 30-year-old batsman expressed that, “I have very carefully considered my position as a player, husband and am taking this decision looking forward to fatherhood and associated familial obligations.”

The superstar will retire from cricket after being able to feature in 18 T20 internationals and 5 ODI games!