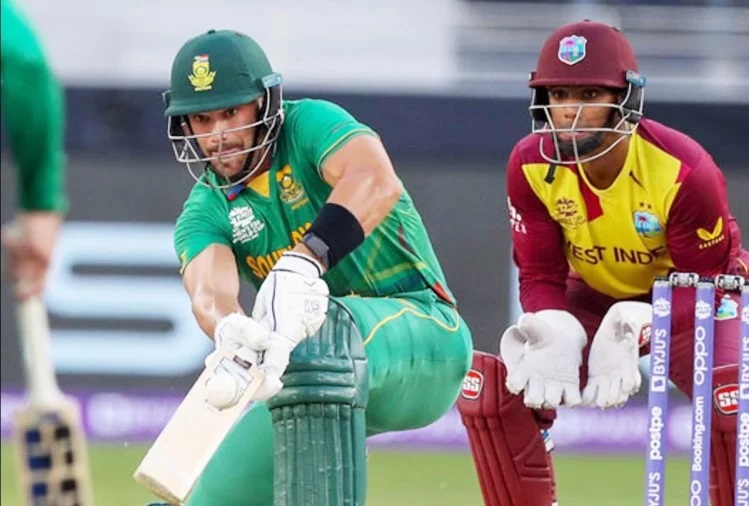 West Indies have won the most amount of T20 world cups; They have managed to become the champions in both 2012 as well as 2016. In this edition of the World Cup, many expected the men in Maroon to be one of the favorites to win the title; however, they are struggling to perform well in their group.

After playing two out of their five group games this season West Indies are coming last in their group. In order to progress to the next stage of the competition, they must finish as one of the top two teams in their group. Pollard’s team will need to win all of their remaining games if they hope to progress. They play their next league game against Bangladesh on the 29th of October; Later on, in November, they will play against Sri Lanka and Australia. Do you think the defending champions will be able to progress in the tournament?

South Africa won the toss and elected to bowl first; Pollard’s men held great shape in the first 10 overs. Lendl Simmons and Evin Lewis had an opening partnership of 56 runs. However, the momentum of the match changed after Evin Lewis’s dismissal. Bavuma’s bowlers were able to put great pressure on their opposition and took in the 12th and 13th over. None of the batsmen except Kieron Pollard was able to contribute more than 20 runs for their side. This is because of magnificent bowling by Nortje and Rabada who took a wicket each and recorded economies of 3.5 and 6.75 respectively. The defending world champions ended their innings with 143 runs on the board.

Temba’s team were efficient while bating and managed to win the match by 10 wickets. Aiden Markram who was phenomenal in the last game continued his great batting form; He managed to score a total of 51 runs by hitting four sixes and two fours. Additionally, the duo of Dussen and Hendricks added 43 and 39 runs respectively. This win has helped South Africa establish the fourth position in the group which is two positions behind a qualifying position.

Do you think South Africa will be able to qualify?