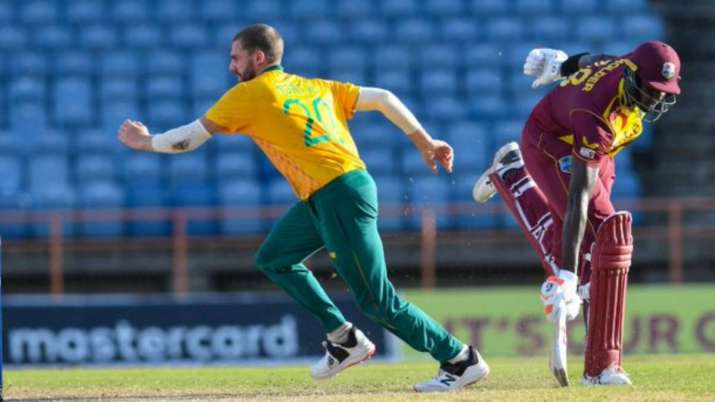 South Africa and West Indies have lost their first T20 matches; Both these countries have zero points in their group. Bangladesh. On the other hand, England, Sri Lanka, and Australia find themselves on the top of their group after winning their first games of the super 12 phase of the tournament. There will be league stage matches till the 8th of November; Thereafter, the tournament will progress to the knockout stages.

In the first game of the tournament, the West Indies batting order collapsed against England; They were only able to score 55 runs in 14 overs. This came through because of a brilliant bowling effort from Morgan’s men; Adil Rashid took 4 wickets and conceded only 2 runs in the match. Additionally, Moeen Ali and Tymal Mills recorded economies of 4.24 and took 2 wickets each. England chased down West Indies target of 55 runs in 8 overs. They won the match by 6 wickets with 70 balls left to play.

South Africa lost their first game to Australia; The only batsman who was able to provide a substantial amount of runs for Bavuma’s side was Aiden Markram. He provided his team with 40 runs however the rest of his team were unable to support him. South Africa ended their innings by scoring 118 runs. Australian’s chased this total with ease; The explosive duo of Steve Smith and Marcus Stoinis added a total of 59 runs for their side. Even though, Bavuma’s bowlers performed well the target set by their batting unit was insufficient. Australia ended up winning the game with two balls to spare.

These two teams will play each other on the 26th of October at 3:30 pm IST. The winner of this match will level England, Sri Lanka and Australia in their group table. Who do you think will win this match?