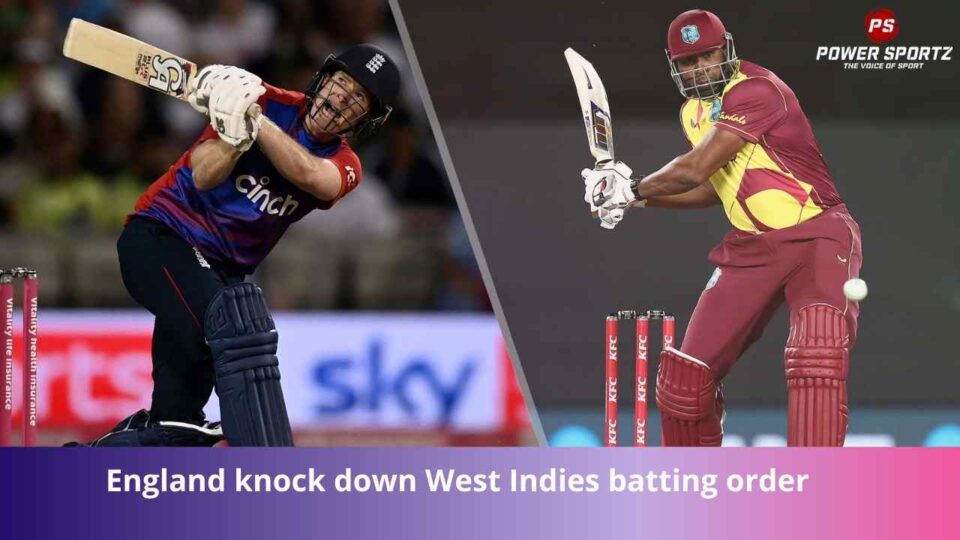 England has proved why they are the highest-ranked T20 country in the world; Eion Morgan’s side has beaten the defending champions West Indies by 6 wickets in eight overs. This win has taken the Englishmen to the top of their group with a net run rate of 3.970. Australia is currently coming second in the group with a net run rate of 0.253; Towards the bottom of the group, there are West Indies and South Africa. On the 24th of October, the remaining two teams Sri Lanka and Bangladesh are yet to play their match. This match will take place at 3:30 pm IST.

Eion Morgan won the toss and elected to bowl first; English bowlers were world-class and didn’t let their opposition settle. Only one in the West Indies team scored more than 10 runs in their innings; The only player who scored more the 10 runs was Chris Gayle. Adil Rashid was brilliant as he took four wickets for two runs in 2.2 overs; Additionally, Tymal Mills and Moeen Ali both conceded 17 runs each and 2 wickets apiece. ‘The men in Marron’ ended their innings in 14th over after getting bowled out for 55 runs.

England won the match with ease

England’s openers Jason Roy and Jos Buttler had an opening partnership of 21 runs; Despite, a comeback by the West Indies bowling unit Jos Buttler’s managed to score 24 runs helped his country win the game in 8.2 overs. Only Akeal Hosein and Ravi Rampal were able to take wickets for West Indies. Pollard in his post-match conference expressed, “that there is no explanation for the way his team has performed.” He further added that he will try to stay positive and put this match behind him.

West Indies play their next game against South Africa on the 26th of October at 3:30 pm IST. Do you think the defending champions have any chance of winning this world cup?