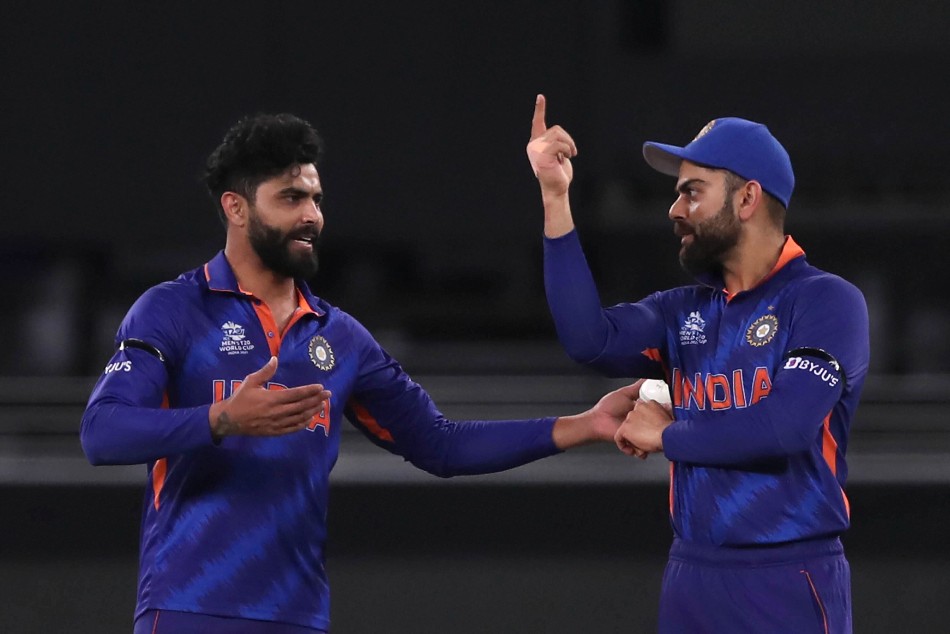 India has finished this edition of the T20 world cup in the third position in this group; This has not granted the 2007 world champions from progressing to the semifinals; as the top two teams from each group advance. From India’s group, Pakistan and New Zealand have advanced; they play their matches on the 10th and 11th of November; The winners of the semifinals will play on the finals on the 14th of November.

Match highlights of India vs Namibia

Captain Kohli won the toss and elected to field first; The Namibian openers had a great start scoring 33 runs in the first 4 overs. Stephan Baard scored 21 runs and Michael van Lingen added 14 for his side; However, the Indian’s were able to make a comeback and took the score to 39 for the loss of three wickets after 7 overs. Indian spin duo of Jadeja and Ashwin were phenomenal as they took three wickets each and recorded an economy of 4 and 5 respectively. Namibia’s batsmen failed to overturn their opposition’s experienced bowling unit and ended their innings with 132 runs.

The men in blue chased the target down with ease; They managed to win the match by 9 wickets in 15 overs. KL Rahul and Rohit Sharma added 110 runs between them; Rahul scored 54 runs in 36 balls wherein he hit 2 sixes and 4 fours. His partner, Rohit Sharma scored 56 runs in 37 deliveries; he managed to bag 7 fours and two sixes. In the 9th over Rohit Sharma lost his wicket to Jan Frylinck; however, they weren’t able to attain control in the match. Suryakumar Yadav helped seal the win for his country as he added 25 runs for his side.

Who do you think will this edition of the T20 world cup?