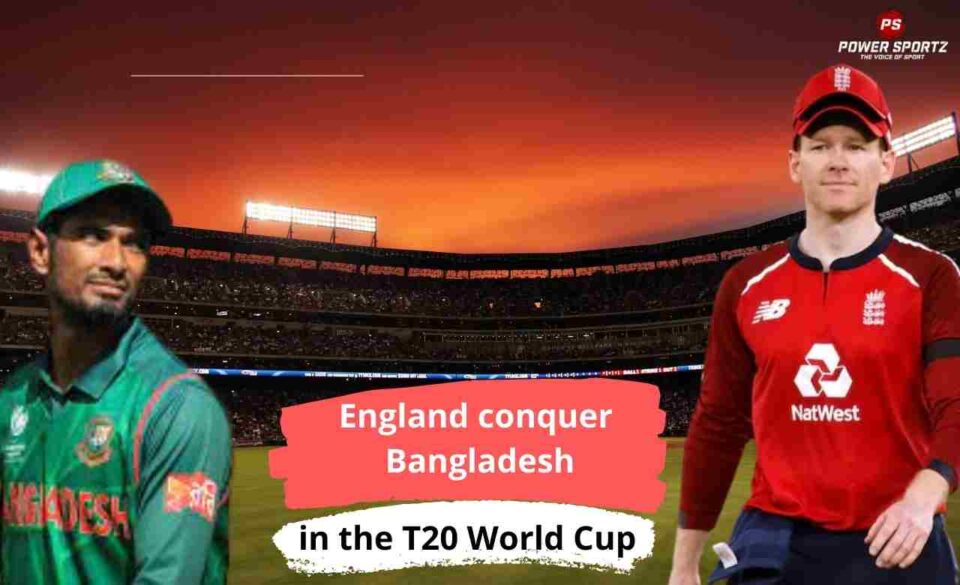 England is the best T20 country in the world; They have managed to score a total of 8074 points in 29 matches which converts to a rating of 278. Leading up to the world cup; England lost their first warm-up game against India. This match lead to a lot of criticism for Eion Morgan’s side and many felt that they won’t be able to perform well in the tournament.

However, England has started the T20 world cup in an extraordinary manner; They beat the defending champions, West Indies in the first match of the tornument. Morgan’s side restricted the men in marron to a total of 55 runs in 14.2 overs; This came through because of phenomenal spells of Adil Rashid who took four wickets and gave away two runs; Tymal Mills and Moeen Ali further helped their side by taking two wickets each for 17 runs. The Englishman was able to chase the total in 8.2 overs and won this match with ease.

Bangladesh lost their catch by 8 wickets!

England has managed to increase their winning streak in the tornument; They have beaten Bangladesh by 8 wickets. Mahmudullah’s side won the toss and elected to bat first; Their top-order batting collapsed, Das, Naim, and Al Hasan lost their wickets by scoring a total of 18 runs together. Despite, the fact that the top order collapsed their middle-order rescued their innings. Mushfiqur Rahim added 29 runs for his side; Furthermore, captain Mahmudullah and Nasum added 19 runs each for their side. Bangladesh finished their innings with 124 runs.

Morgan’s side chased their total with 8 wickets in hand; Their opening bating pair of Jason Roy and James Buttler had an opening partnership of 39 runs; Roy scored a total of 61 runs by hitting three sixes and five fours. The only Bangladeshi bowlers to take wickets were Islam and Ahmed. This match has taken Morgan’s side to the top of their group

England will play their next few games against Australia, Sri Lanka, and South Africa. Do you think they will be able to win the world cup this year?