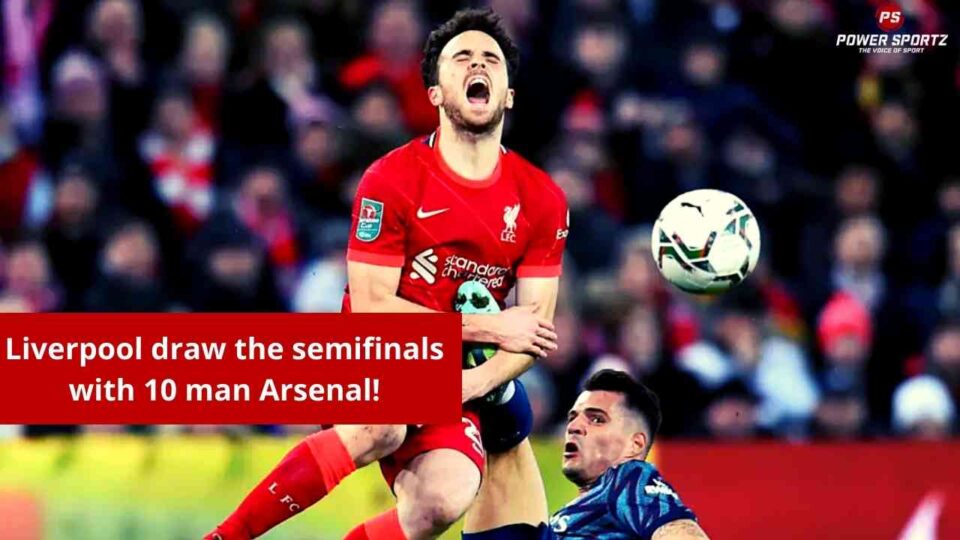 Liverpool is missing their most important duo of Salah and Mane; as they are playing for their respective nations in the AFCON. Without the duo the reds are expected to struggle to be prolific in front of goal; players such as Jota and Minamino will need to fill this huge void until the African duo will return. Currently, Liverpool are coming third in the domestic league; 11 points behind Manchester City who are a step closer to retaining the league title this season. Klopp’s side will play their next few league games against Brentford, Crystal place, and Leicester City; in addition to these league games, they will play Arsenal in the second leg of the EFL Cup semifinals.

The first leg of the EFL Cup semifinals ended in a goalless draw; the reds will be extremely disappointed with this result. This is because Arsenal played with 10 men after the 24th minute as Xhaka picked up a red card; despite dominating the game with 79% ball possession Klopp’s side couldn’t put a goal past Arsenal’s fortified defense. The second leg of this cup will be played at the Emirates on the 21st of January at 1:15 am IST; the winner of this game will face Chelsea in the finals in the hope to secure their piece of silverware this season!

Both Salah and Mane both have a contract with the Reds which will extend until the summer of 2023; Liverpool must move in to extend their superstars contracts. This is because many big clubs across Europe such as real Madrid and Barcelona have shown interest in signing the duo; if the Reds lose the duo they will find it extremely hard to replace them in this depleted transfer market!

Do you think Klopp’s side will extend their superstar’s contracts?