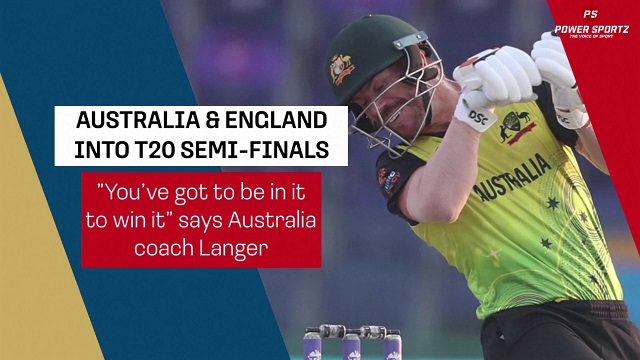 England finished first in group 1 of the super 12 division of the cup; Morgan’s side has always been seen as one of the best in the cup who were expected to do well. They haven’t disappointed; winning four out of the five games they have played. They started their camping by beating West Indies by six wickets; Further, they won against both Bangladesh and Australia by eight wickets. England won their fourth match of the cup against Sri Lanka with a margin of 26 runs. In their last match, Morgan’s side; lost their first match of the cup against South Africa by 10 runs.

The other semifinalist from group 1 is Australia; Finch’s side has edged past South Africa by a difference in the net run rate of 0.477 to secure the spot. They won their first two group games in a comfortable manner; beating South Africa by 5 wickets and Sri Lanka by 7 wickets. However, they couldn’t continue their great run of form and lost to England in a convincing manner by 8 wickets. After this loss, Australia needed to win the last two matches in a convincing manner to progress further. Finch’s side stepped up to this challenge and won their last two matches; they beat both Bangladesh and West Indies by 8 wickets.

Semifinals for the top teams of group 1

The semifinals will take place on the 10th and 11th of November; Both these matches will be played at 7:30 pm IST. Australia will play the first-place team from group 2; This team is likely to be Pakistan who has been the best team in the cup and have a 100% winning record in this cup. However, if Pakistan loses their game to Scotland and New Zealand beats Afghanistan with a decent run rate they will secure the first position.

England will play against the second-best team from group 2; the teams who are contending for this spot are New Zealand, India, and Afghanistan and will extend to the last game of the cup.

Can either England or Australia win the world cup in this edition of the cup?