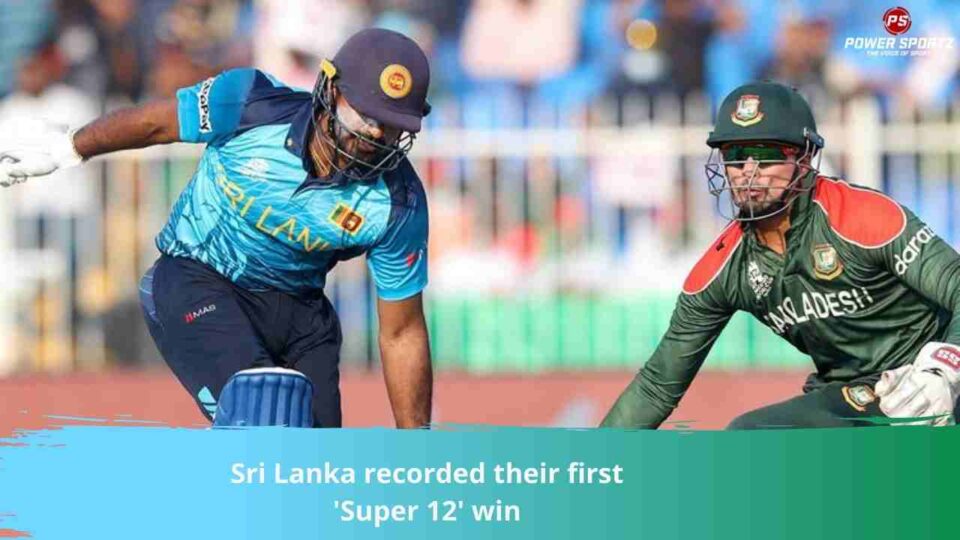 Sri Lanka, Bangladesh, South Africa, West Indies, England, and Australia are the countries in ‘group 1‘ of the super league. These countries will play each other and the top two teams will progress to the next round of the tournament. All the teams have played a match each; England, Sri Lanka, and Australia have managed to win their initial matches and have secured two points for their countries. Even though Sri Lanka has won their match they aren’t expected to progress much further in the tournament.; This is because they won against Bangladesh who haven’t been in great form and is considered as one of the weakest teams in the super 12.

Bangladesh lost the match by five wickets; Dasun Shanaka won the toss and decided to bowl first. Mohammad Naim and Lition Das gave their country a steady start with a partnership of 40 runs. However, the experienced all-rounder Shakib Al Hasan was dismissed by Karunaratne after scoring 10 runs in 7 balls. This wicket caused a lot of strain on their side. However, later Mushfiqur’s exceptional knock of 57 runs helped add valuable runs to his team’s total. Bangladesh ended the innings by scoring 171 runs.

Sri Lanka managed to chase the target set by Bangladesh

Even though, Bangladesh scored sufficient runs their bowling department let them down. Hussain, Mahamudullah, Saifddin, and Ahmed all recorded an economy of over 10 runs an over. These poor bowling performances enabled Sri Lanka to chase the target down and win the game; The Batting performances of Charith Asalanka and Bhanuka Rajapakas secured the victory; This is because they were able to score 80 and 53 runs respectively.

Sri Lanka plays their next game against Australia on the 28th of October in their second group game; Despite winning this match Dasun’s side is expected his side to lose this game against Australia. This is because Australia has one of the best bowling units in the world. Aaron Finch’s side won their last game by five wickets as they were able to limit South Africa to a total of 188 runs.

Do you think Sri Lanka will be able to beat Australia?