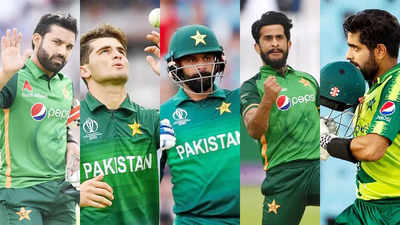 Pakistan has lost only one match since October of this year; Their only loss came against South Africa in the second warm-up game leading to the world cup. South Africa won the close encounter on the last ball of the game and won the game by six wickets. Azam’s side has been brilliant in the cup; they have beaten all the teams they have played and qualified for the semifinals of the cup.

In their first game, they beat India by 10 wickets; this was the first time they beat their arch-rivals in a world cup game. They continued their fine form by beating New Zealand and Afghanistan by a margin of five wickets; In their latest match, they extended their winning streak against Namibia by winning by a margin of 45 runs. Azam’s side plays their last group game in the cup against Scotland.

Scotland had a brilliant run of games in the group stage of the tournament; They won all of their games in a convincing manner and qualified for the ‘super 12’ stage of the cup in a convincing manner. However, in the ‘super 12’ stage they have not been able to record a single win. Scotland has been eliminated from the cup and played their last game against the best team in their group.

The match will commence at 7:30 pm IST; This match is expected to be won by Pakistan in a comfortable manner. If they are able to win this match they will play the second-best team from group 1 in the semifinals of the cup.

Will Pakistan be able to win the world cup for the first time after 2009? Or will they miss out on the title of this edition of the T20 world cup?