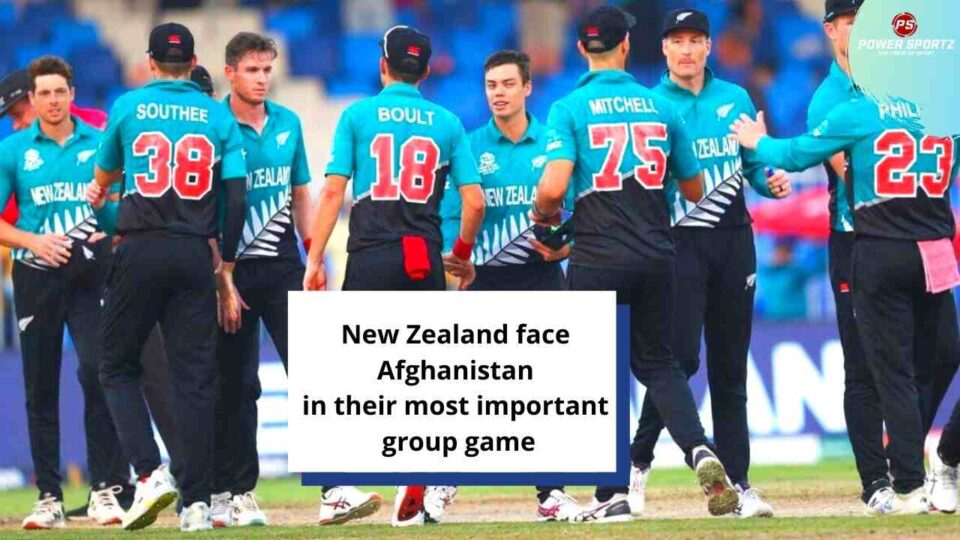 New Zealand is coming second in their group; they have won three out of the four matches they have played. The only team they haven’t been able to beat them is Pakistan who has been one of the best teams in the cup; Pakistan has all of their games in the cup and has qualified for the semifinals of the cup with ease. Kane Williamson’s side plays Afghanistan in their next game.

Afghanistan is coming fourth in their group; they have won two out of the four games they have played in. Afghanistan recorded their wins against Scotland by 130 runs and against Namibia by 62 runs. Nabi’s side lost their matches against in-form opposition of Pakistan by five wickets in the last over. Further, they lost their most recent match against India by 66 runs. In order to progress to the semifinals, they must win their last match.

Details of the catchup between New Zealand and Afghanistan

This is the 40th match of the ICC T20 world cup; the match will start at 3:30 pm IST; if Williamson’s side wins this match they will progress to the next stage of the cup with ease along with Pakistan. However, if Afghanistan is able to beat their opposition they provide a chance for both India and themselves to progress further in the tournament. This is because both India and Afghanistan have the same number of points but India edge them by a run rate of 0.138; India will need to win their last game of the cup against Namibia with a better run-rate than Afghanistan to stay in the cup. The semifinals of the cup will take place on the 10th and 11th of November.

Many expect the winner of the world cup to be between England or Pakistan; Who do you think will win the cup?