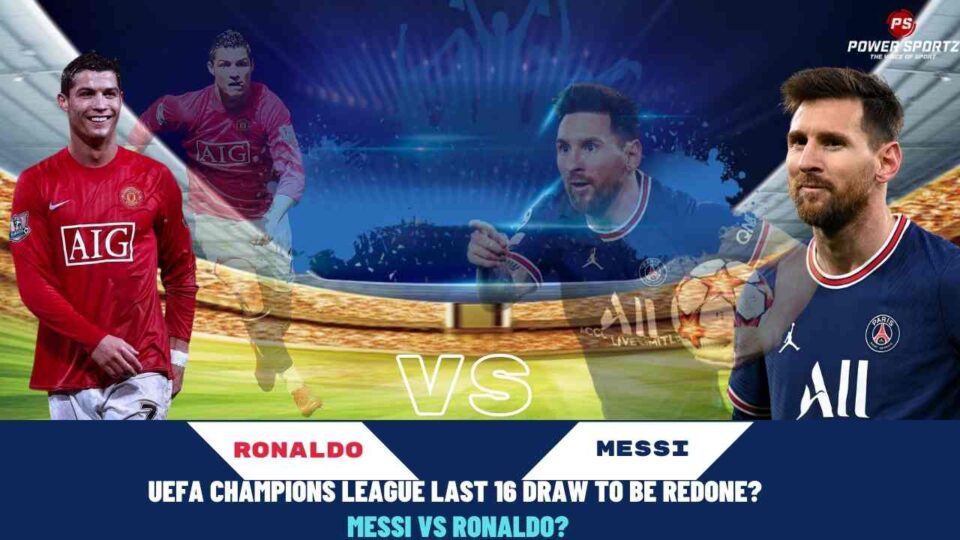 UEFA Champions League group stages concluded on the 9th of December; the top two teams from the group professed to the next stage of the cup; as the third spot team on the group dropped out to to the Europa League knockout stages of the cup. The teams who have dropped out from the Champions League are; RB Leipzig, Porto, Dortmund, Sheriff, Barcelona; Atalanta, Sevilla, and Zenit. These other teams will join other world-class teams such as; Lyon, Monaco, Napoli, Lazio, and West Ham. Who do you think will win the Europa League this season?

The teams who have progressed to the round of 16 of the UCL are; Manchester City, PSG, Liverpool, Atletico Madrid, Ajax; Sporting, Real Madrid, Inter, Bayern, Benfica; Manchester United, Villarreal, Lille, RB Salzburg, Juventus, and Chelsea. These teams will play a two-match round of 16 tie; the winner of these matches will progress to the quarterfinals of the tournament.

UEFA Champions League round of 16 draws which didn’t count!

The initial fixtures from the next round included(which won’t be counted); Sporting who finished second in Group C vs Juventus who were the group toppers of Group H. Later, Messi’s PSG face Ronaldo’s Manchester United in one of the most interesting fixtures of this stage; Villarreal has a difficult match against Manchester City who is one of the toughest teams in the cup. Chelsea the current Champions League winners face Lille in this round; RB Salzburg faces Klopp’s Liverpool to progress further. Atletico Madrid has a difficult tie against Bayern Munich as they hope to progress to the quarterfinals. Inter face the underdog’s Ajax, and the last match sees Benfica play in-form Real Madrid if they hope to progress.

However, due to a blunder made by UEFA wherein Manchester United was placed in the wrong pot; the draw above became null and void. This huge controversy has caused a lot of backlash to the opposition; many believe there could be an element of corruption involved!

The fixtures drawn from the second round of 16 draw!

The first fixture will be Salzburg vs the German champions Bayern Munich; Later Sporting CP will take on Pep Guardiola’s Manchester City. Benfica will face the offensive-oriented Ajax; this match will be followed by the current champions Chelsea will take on Lille. Furthermore, Atletico Madrid will take on Ronaldo’s Manchester United; Villarreal will play the black and whites – Juventus. Later Inter Milan will host Klopp’s Liverpool. Lastly, the most competitive fixture of this round will see PSG face Real Madrid!