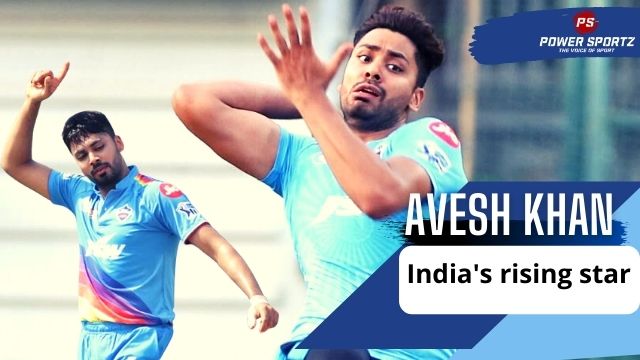 Avesh Khan was born on December 13, 1996; is a cricketer from India. He was picked to India’s Under-19 Cricket World Cup team in December 2015. On May 14, 2017, he made his T20 debut under Virat Kohli for Royal Challengers Bangalore in the 2017 Indian Premier League. However, the bowler was released by his franchise in the subsequent season; In the next IPL, he was bought by Delhi Capitals for around 75 lakhs. This is because Delhi saw the potential in Avesh Khan felt that he could grow into a phenomenal player. The Capitals made a wise decision; as Avesh ended the 2021 season of the IPL as the second-highest wicket-taker with 24 wickets and helped his side progress far in the tournament. Despite his exceptional performances, Delhi couldn’t win any silverware as they lost both their play-off matches.

Additionally, the young fast bowler has established his spot in Madhya Pradesh’s team since 2017 and has become one of their most important players for the team in the recent past. Avesh was Madhya Pradesh’s highest wicket-taker in the 2018–19 Ranji Trophy, with 35 dismissals in seven matches. This lead to him being selected for India C’s team for the 2019–20 Deodhar Trophy in October 2019.

Recent success and future of the budding bowler

The fast bowler was chosen as one of five net bowlers in India’s Test team for the series against England in January 2021. He was also picked as one of four standby players in India’s Test team for the 2019–2021 ICC World Test Championship final; and their away series against England in May 2021. Most recently, Avesh ended the IPL 2021 season as the Delhi Capitals’ leading wicket-taker.

After the disappointing end to the T20 world cup; He was picked by India’s T20 International team for their series against New Zealand in November 2021. It is expected that Avesh will act as long term replacement for bowlers such as Shami and Bhuvneshwar Kumar in the near future. This is because both of these bowlers are 31 years old; and are playing one of their last few years of international cricket.

It will be interesting to see if Delhi Capitals chose to retain Avesh Khan in the upcoming IPL mega auction; If Delhi isn’t able to retain him, which franchise will try to sign the rising star?